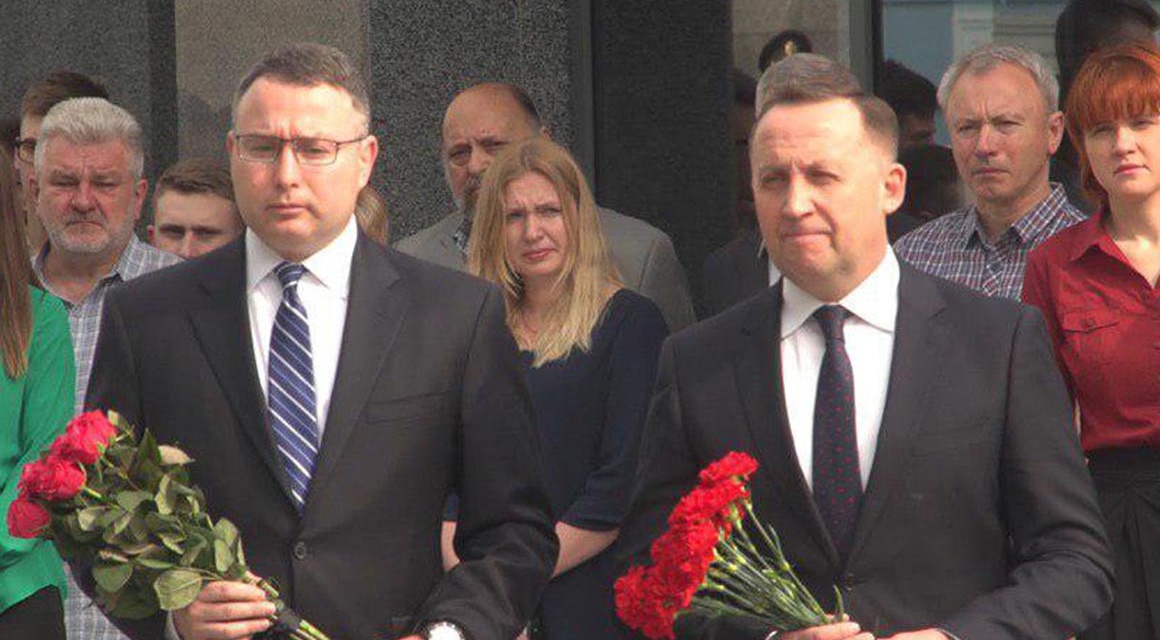 The National Security Council’s top Ukraine expert will tell House investigators about his concerns over Donald Trump’s pressure on Ukraine for investigations of Joe Biden and the Democratic Party and to cover up Russia’s interference in the 2016 US election.

Sources said Lt. Col. Alexander S. Vindman will testify on Tuesday that, out of “a sense of duty” he twice filed internal objections about the actions by Trump and his inner circle.

Vindman is the first witness who listened to a July 25 call between Trump and Ukrainian President Volodymyr Zelenskiy. The call sparked a formal complaint by the CIA’s liaison with the White House on Ukraine, detailing a campaign since November 2018 by Trump and his personal attorney Rudy Giuliani for Ukraine’s investigations to tarnish Presidential candidate Joe Biden and the Democratic Party

Further evidence, including testimony by current and former US officials, has corroborated and extended the complaint, leading to an impeachment inquiry. In the past two weeks, the evidence has established a link between Trump’s suspension of military aid to Ukraine and the demands for the investigations.

The CIA official who filed the formal complaint said he learned of the conversation from White House officials with whom he worked.

Vindman writes in his opening statement for House committees, “I did convey certain concerns internally to national security officials in accordance with my decades of experience and training, sense of duty, and obligation to operate within the chain of command.”

“This Would Undermine All US National Security”

The NSC official writes about Trump’s demand over Joe Biden and his son Hunter, a board member of Ukraine’s largest private gas company Burisma:

I did not think it was proper to demand that a foreign government investigate a US citizen, and I was worried about the implications for the U.S. government’s support of Ukraine.

I realized that if Ukraine pursued an investigation into the Bidens and Burisma it would likely be interpreted as a partisan play which would undoubtedly result in Ukraine losing the bipartisan support it has thus far maintained….

This would undermine all US national security.

Vindman’s testimony could bury a key talking point of Trump and his inner circle, that the initial formal complaint is “second-hand” information. A witness who is a highly-decorated veteran also challenges Trump’s dismissal of “radical unelected bureaucrats”.

The official’s statement reinforces the testimony of other key officials — including former US envoy to Ukraine Kurt Volker; the former US ambassador in Kiev, Marie Yovanovitch; and the current US chargé d’affaires in Ukraine, William Taylor — of the Trump-Giuliani campaign as an “irregular channel” of US foreign policy.

Vindman says he was alarmed by “outside influencers” with a “false narrative” about Ukraine. On July 10, he confronted the US Ambassador to the European Union, Gordon Sondland — a political appointee and Trump donor central in the Trump-Giuliani efforts — after Sondland spoke in a White House meeting with Ukrainian officials about “Ukraine delivering specific investigations in order to secure [Zelenskiy’s] meeting with the President”.

Ambassador Sondland emphasized the importance that Ukraine deliver the investigations into the 2016 election, the Bidens, and Burisma.

I stated to Ambassador Sondland that his statements were inappropriate….[The] request to investigate Biden and his son had nothing to do with national security, and…such investigations were not something the NSC was going to get involved in or push.

On the same day, Vindman expressed his concerns to John Eisenberg, the top lawyer at the National Security Council.

Fiona Hill, then the NSC’s official overseeing Russia and Eastern Europe, has testified to House investigators of National Security Advisor’s John Bolton angry reaction to the “drug deal” putting pressure on Ukraine. She said Bolton also gave instructions to NSC lawyers to protect against the operation.

Vindman said Hill also “asserted to Ambassador Sondland that his statements were inappropriate”.

In mid-August, at Bolton’s direction, Vindman drafted a memorandum trying to restart $391 million in security aid to Ukraine, frozen by Trump days before his call with Zelenskiy.

The colonel testifies that, since early August, he has been excluded from a series of meetings and events about Eastern Europe, including a diplomatic trip to Ukraine, Moldova, and Belarus.