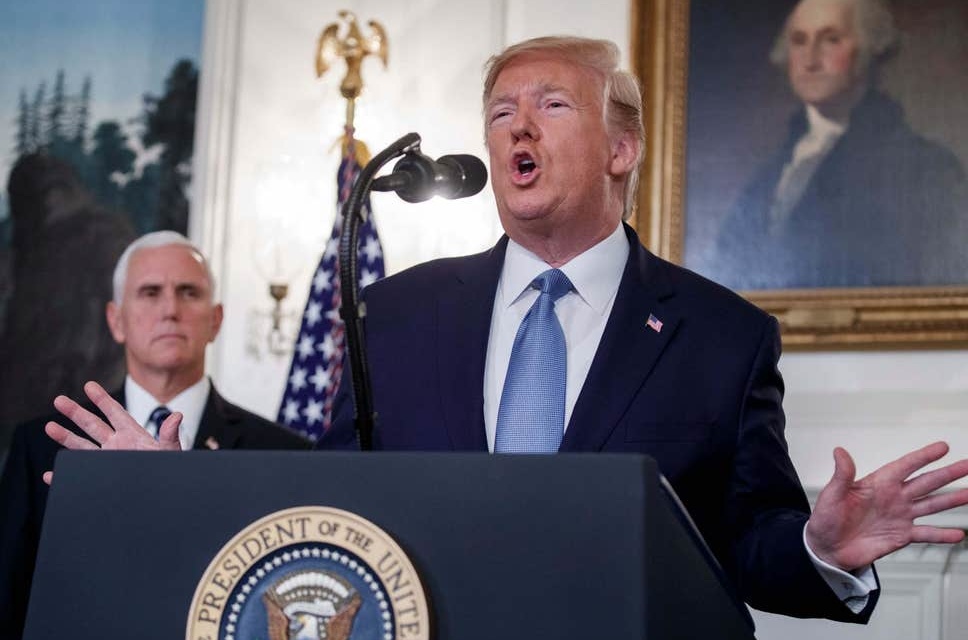 Donald Trump has redoubled his support of Turkish control of northeast Syria, including an accord with Russia sidelining the US, and lifted sanctions on Ankara over its attacks on mainly-Kurdish areas.

Trump’s acceptance on October 6 of Turkish cross-border operations, during a call with Turkish President Recep Tayyip Erdoğan, paved the way for a Turkish-rebel offensive three days later. Without consulting his military or diplomats, Trump abruptly ordered the withdrawal of the 1,000 US troops in northern and eastern Syria.

Last Thursday Turkey obtained American agreement to an ultimatum to the Kurdish militia YPG — the leading element in the Syrian Democratic Forces, created by the US in October 2015 to fight the Islamic State — from territory along the Turkish-Syrian border. And on Tuesday, in a summit in southern Russia, Erdoğan and Russian counterpart Vladimir Putin issued a 10-point agreement for joint military oversight of an area 480 km (270 miles) long and 30 km (19 miles) deep, across the Kurdish cantons of Kobani and Cezire.

Trump has faced intense criticism, including from Republican legislators, over a “betrayal” of Kurdish allies and abandonment of the US position in Syria, seen by the military as a bulwark against the Iranian presence in the country. So on Wednesday, Trump tried to claim the Turkish-Russian arrangements as his victory: “a major breakthrough for a better future”.

“Countless lives are now being saved as a result of our negotiation with Turkey, an outcome reached without spilling one drop of American blood: no injuries, nobody shot, nobody killed,” he pronounced.

Trump said he had ordered Treasury Secretary Steven Mnuchin to lift sanctions announced against Turkey on October 14 “unless something happens that we are not happy with”.

He did make a concession on his order for complete withdrawal of US troops, after the Pentagon used Kurdish-controlled oilfields as the basis for retaining 200 American personnel in the northeast:

We’ve secured the oil, and, therefore, a small number of U.S. troops will remain in the area where they have the oil. And we’re going to be protecting it, and we’ll be deciding what we’re going to do with it in the future.

But the bulk of the statement was an echo of the line of Turkey’s Erdoğan, adopting Ankara’s phrase “safe zone” — “An interesting term, ‘safe zone’. That’s the term we’re using it” — for the area occupied by the Turkish-rebel operations and now covered by the agreement with Russia’s Putin.

Erdoğan has announced the intention to use the territory to resettle up to 2 million of the 3.6 Syrians in Turkey, despite concerns that it may feed conflict between Arabs and Kurdish communities.

Trump set aside any political or military considerations for the false statement that US troops have been in Syria “almost 10 years” — overt American operations only began in 2014, after the expansion of Islamic State control of Syrian territory — and the declaration:

Turkey, Syria, and all forms of the Kurds, have been fighting for centuries. We have done them a great service, and we’ve done a great job for all of them. And now we’re getting out.