Syria Daily: Turkey and Russia in Talks Over Fate of Opposition-Held Northwest 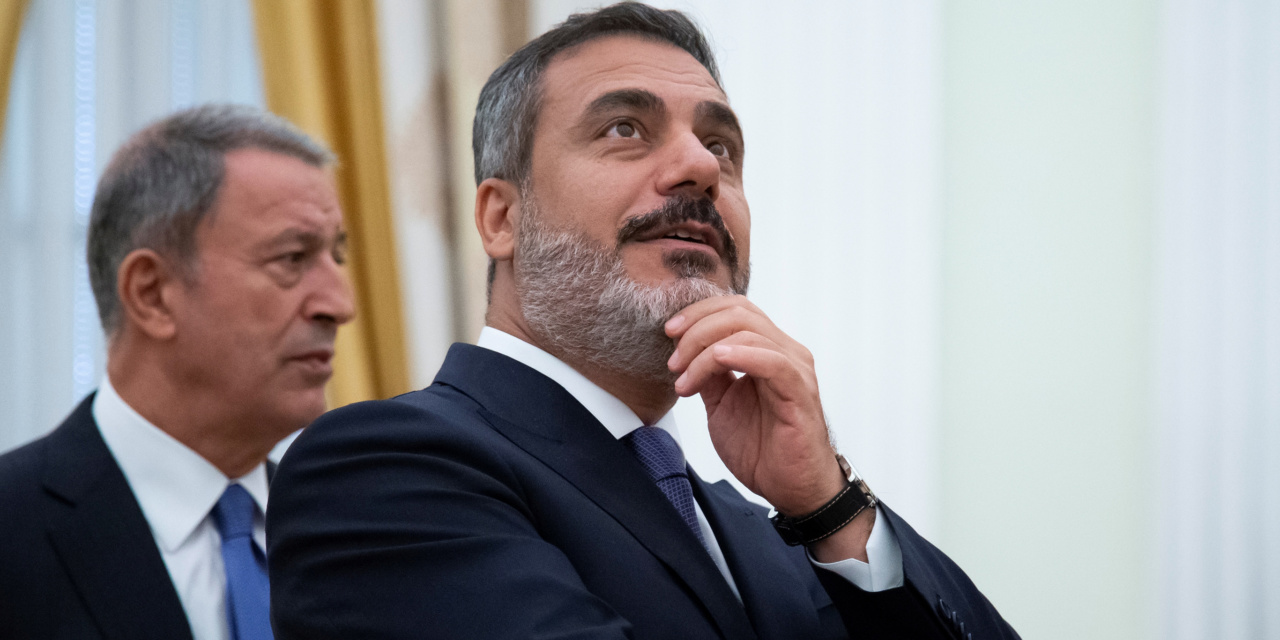 Turkish officials say Assad regime forces have attacked near another one of Ankara’s 12 observation posts around the now-shattered demilitarized zone in northwest Syria.

The officials said regime warplanes fired heavy machine guns close to the observation point in Surman, near the Ma’aret al-Nu’man in southeast Idlib Province. The “harassment fire” did not cause any damage.

The observation post is on the expected line of Russia-regime attacks along the M5 highway, northeast of the town of Khan Sheikhoun captured on Wednesday.

The UN has repeated its warning that more than 3 million Syrians in the greater Idlib area are at risk from the Russia-regime attacks.

He is deeply troubled by the continued escalation in north-west Syria and the prospect of an offensive deeper into Idlib, which could trigger a new wave of human suffering possibly impacting more than 3 million people….

[He] urges all parties to respect fully international humanitarian law. The Secretary-General reiterates his urgent call for the September 2018 Memorandum of Understanding on Idlib [the Russia-Turkey agreement for a demilitarized zone and a ceasefire] to be upheld.

Dujarric said the UN recorded “576,000 movements by displaced people” between May 1 and August 18, with some civilians forced to flee up to five times.

The UN has repeatedly warned about the damage of a Russian-regime offensive, including a declaration on July 30 of a “scorched earth” policy with the attacks. Days later, Moscow and the Assad regime the assaults, including bombing and shelling of civilian areas.

Russia and the Assad regime continued attacks on civilian areas on Wednesday. One of the bombings struck the al-Rahma hospital in Telmenes in Idlib Province.

More than 40 medical facilities have been hit since late April. Almost 900 civilians have been killed, thousands wounded, and more than 500,000 displaced.

An estimated 3 million people — about 20% of Syria’s remaining population — live in the greater Idlib area.

Statement regarding the humanitarian situation in northern #Syria following the recent developments.. pic.twitter.com/Ss2Ugv2Ipv

ORIGINAL ENTRY: Turkey and Russia are in talks over the fate of opposition-held northwest Syria, after a Russian-regime offensive seized part of the area and rebuffed a Turkish military intervention with shelling and bombing.

The offensive, which began in late April, broke through earlier this month in northern Hama and southern Idlib Province. Rebels and the Islamist bloc Hay’at Tahrir al-Sham, who had checked the assault for more than two months, fell back amid intense Russian airstrikes.

On Wednesday, Russian-enabled Assad regime forces completed the capture of the “ghost town” of Khan Sheikhoun in southern Idlib on the M5 highway between Aleppo and Homs. The advance cut off northern Hama, including the Turkish observation post in Morek on the highway.

Two days earlier, Turkey tried to send a 28-vehicle convoy of tanks, loaders, and trucks with ammunition to establish two positions south of Khan Sheikhoun. But the force was shelled by regime units, killing three members and injuring 12, including a Turkish soldier. Russia bombed the M5 to prevent the convoys from reaching its destination.

A Night Mission to Moscow

Publicly, Turkish Foreign Minister Mevlüt Çavuşoğlu warned, “The regime needs to not play with fire. We will do whatever it takes to ensure the security of our soldiers and observation posts. We hope it does not reach that point.” He said communications channels with Russia were open.

Neither Ankara nor Moscow has acknowledged those discussions. A “senior Turkish security official” told Reuters that talks with Russia continued over the fate of the blocked convoy, and that the observation post at Morek — one of 12 around the Idlib-Hama demilitarized zone, shattered by the Russia-regime offensive — would be abandoned.

Turkey and Russia, alongside Iran, held the 13th round of talks in the Kazakh capital Astana at the start of August, ostensibly pursuing a political resolution of Syria’s 101-month conflict. At the same time, the Assad regime declared a “ceasefire”.

But the pause was only a final ultimatum for anti-Assad forces to pull back 20 km (12.5 miles) within the 100-km (62-mile) long demilitarized zone, declared by Russia and Turkey last September. Regime attacks and, more importantly, Russian airstrikes resumed within four days and soon broke anti-Assad fighters short on supplies and exhausted by months of resistance.

Turkey has 200 troops at Morek, where some anti-Assad forces have gathered to avoid capitulation. Russian-regime attacks are expected to move northeast along the M5 highway to al-Tamanah and Surman, where there is another Turkish post. The offensive is expected to seek full control of the M5 and M4 highways, which potentially puts five more Turkish posts in the firing line.

Russian President Vladimir Putin signaled on Monday, “We support efforts of the Syrian army which is conducting local operations to neutralize these terrorist threats.” Foreign Minister Sergey Lavrov followed up on Tuesday, “Attacks by Hay’at Tahrir Al-Sham militants in Idlib will be crushed. Turkey has been notified about that.”

Citing sources, Al-Monitor’s Gurcin said Russia wants Turkish evacuation of the Morek, Surman, and Tel Tukan posts. Ankara’s troops would be transferred out of the greater Idlib area to Turkish-rebel territory along TUrkey’s border with Syria.

The journalist said Turkey is resisting the “offer”, and seeking to transfer any soldiers to other observation posts.