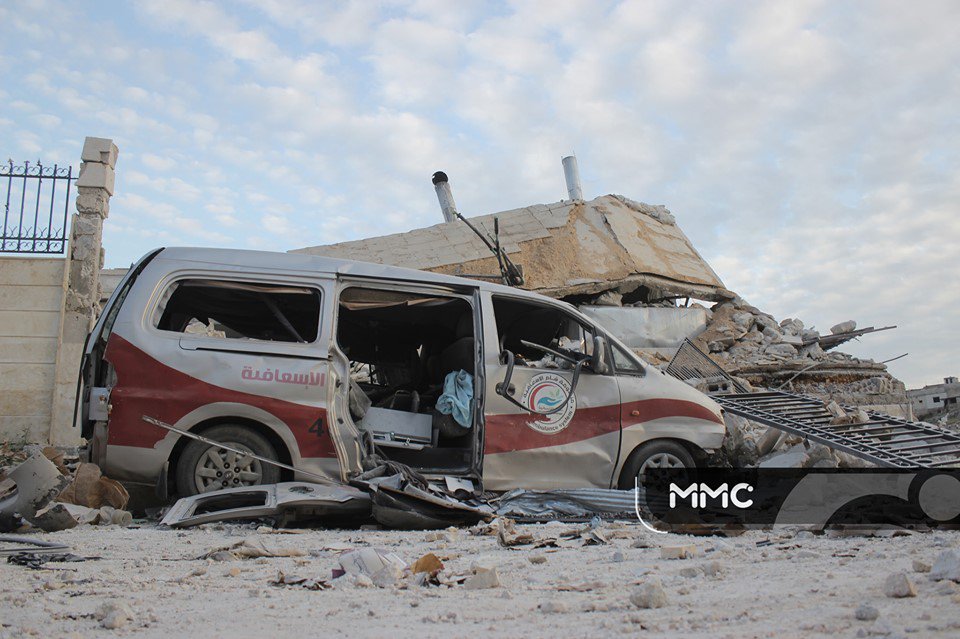 A bombed hospital in Kafranbel, Idlib Province, Syria, May 5, 2019

The Council members — the UK, France, the US, Germany, Belgium, Peru, Poland, Kuwait, Dominican Republic, and Indonesia — delivered a formal diplomatic petition to Guterres, focusing on the assault on more than 30 medical centers, including those backed by the UN.

“When medical workers are killed, the human toll is not just their lives, but also the people who suffer and die without medical treatment.”

Physicians for Human Rights give evidence to the UN Security Council as the Syrian army pushes to retake the rebel-held enclave of Idlib. pic.twitter.com/4WUE81umhm

Guterres’ spokesman Farhan Haq responded, “We will consider their request.”

But the UN’s head of humanitarian operations, Mark Lowcock, went farther in challenging the attacks. He noted that some of the strikes following the UN’s provision of the coordinates of the medical sites, trying to protect them under the Geneva Convention.

“Is that information used as it’s intended, to protect facilities … or is it being used to target facilities?” he asked. He appealed to the Council members:

“You in this Security Council have ignored all the previous pleas you have heard. You know what is happening and you have done nothing for 90 days as the carnage continues in front of your eyes.

Are you again going to shrug your shoulders, as [UN human rights head] Michelle Bachelet said. Or are you going to listen to the children of Idlib and do something about it?…

What you see is a level of destruction consistent with a bombing campaign aimed at a scorched-earth policy.

Last Friday, Bachelet, detailing the “war crimes” of the assaults on markets, hospitals, bakeries, and other sites, criticized the “failure of leadership by the world’s most powerful nations” with their “collective shrug”.

Since late April, the Russian-regime attacks — shattering a demilitarized zone declared by Russia and Turkey last September — have killed more than 700 civilians and wounded more than 2,200 people. At least 330,000 of Idlib and northern Hama Province’s 3 million population — about 20% of those remaining in Syria — have been displaced.

In a letter to Guterres and the Security Council on July 16, the Assad regime’s UN Ambassador Bashar Ja’afari acknowledged the attacks on the hospitals and other facilities. He justified them by claiming, without evidence, that 119 sites “have been out of commission since being taken over by terrorist groups” and “no longer serve their original purpose and cannot be considered hospitals, health-care centers or even ‘civilian objects’ under humanitarian law”.