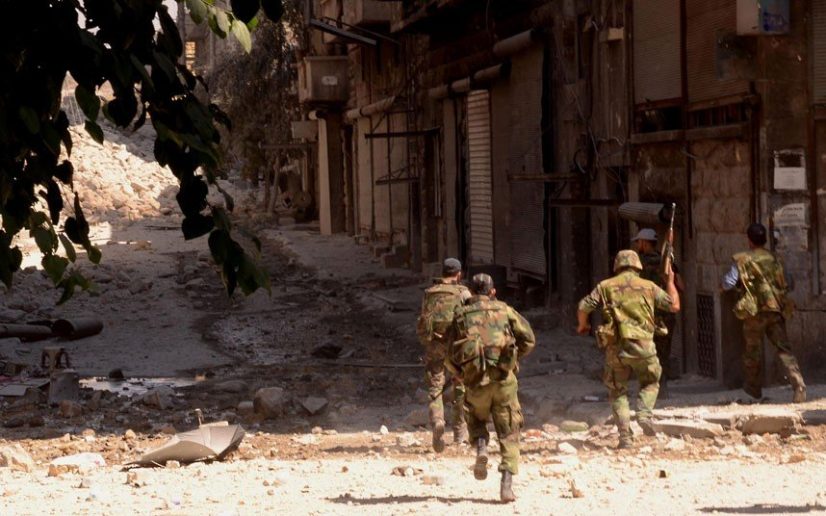 The Russia-regime offensive in northwest Syria has suffered a setback, two days after advancing in the last major opposition area in the country.

Pro-opposition activists reported significant losses among the attackers, who were led by the regime’s 4th Division, in the dawn assault. A pro-Assad blog acknowledged, “No advances have been reported” while asserting in the afternoon that “the Syrian Army is still engaged in a fierce battle.”

The Assad military, enabled by Russia’s bombing, tried but failed several times to take Kabani in the opening weeks of the May 6 offensive. The town is a gateway to Idlib and northern Hama Provinces, where more than 3 million Syrians — about 20% of the country’s remaining population — live.

Local sources said the Russian-regime attackers also were repelled in northwest Hama near Habit and failed to open another front in southeast Idlib Province near Zarzour.

The offensive, which shattered a demilitarized zone declared by Russia and Turkey last September, captured towns and villages in northwest Hama in the first two weeks. However, it then was checked by Turkish-supported rebels and the Islamist bloc Hay’at Tahrir al-Sham, who regained some territory in a counter-offensive in June.

Last week, the Russian-regime forces advanced for the first time in more than two months with the capture of the hilltop of Tal Maleh in northwest Hama, overlooking the road between two regime-held towns.

After breaking a self-declared four-day “ceasefire”, the offensive moved into the village of Zakah on Wednesday, hoping to move towards the M5 highway — which connects Aleppo and Homs — in southeast Idlib Province.

Another six civilians were killed on Friday by the Russian-regime bombing and shelling of Hama and Idlib, according to the White Helmets civil defense.

The rescuers said three people were slain in Khan Sheikhoun in southern Idlib, which has been reduced to a “ghost town” by months of attacks, with tens of thousands of people fleeing. Three others were killed in Hama Province.

2- More than 21 cities and towns were subjected to the hell of bombardment yesterday, and our teams documented their targeting by more than 130 air strikes, 31 explosives barrels boombs, and 281 artillery shells and rockets. pic.twitter.com/yLUnnhcFMk

Since late April, bombing and shelling have killed more than 700 civilians, wounded more than 2,200, and displaced more than 400,000.

He warned of another wave of refugees into Turkey and beyond into Europe, “These people don’t know where to go. A total panic has resumed again. It is like playing with fire at the moment and we worry about it coming out of control.”