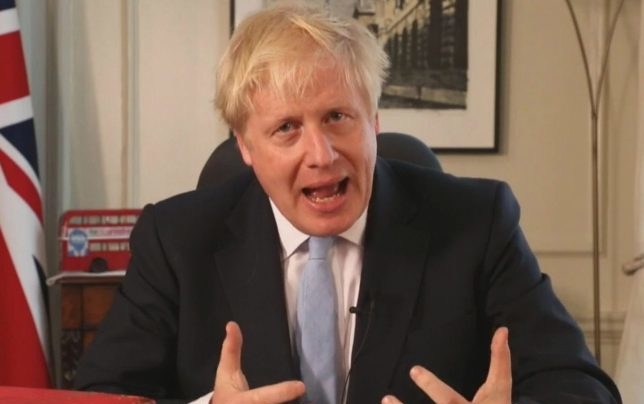 In our latest 15-minute Week in Review, I join talkRADIO’s Paul Ross to discuss — as the UK falls into a loss of GDP — Boris Johnson’s false optimism and a showdown with Parliament; the threat of Donald Trump’s language amid the latest US mass killing; and the situations in Kashmir and Syria.

Before getting to Johnson, we consider the opposition Labour Party’s approach to the Scottish Nationalist Party, amid a possible no-confidence vote and General Election clashing with the October 31 deadline to leave the European Union. Then we address Johnson’s “Panglossian” rhetoric:

This idea of Britain entering a “Golden Age” as a No Deal causes severe economic disruption and which can lead to a recession — Emperor’s got no clothes.

We dissect Trump’s “divisive language”, including over immigrants, to pursue re-election.

In the last 48 hours, he’s had the photo opportunities in Dayton and El Paso. But now that he’s back in Washington, when does he come off the leash again?

It’s only a matter of time before he verges on or crosses into hate speech. Then who’s the next possible shooter who will draw inspiration from this?

From there, it’s to Kashmir, explaining why India has suspended the area’s special status to counter an ascendant Pakistan under Prime Minister Imran Khan.

We conclude with a summary of the latest in Syria, as Russia and the Assad regime renews attacks on civilians and an offensive in the opposition-held northwest.