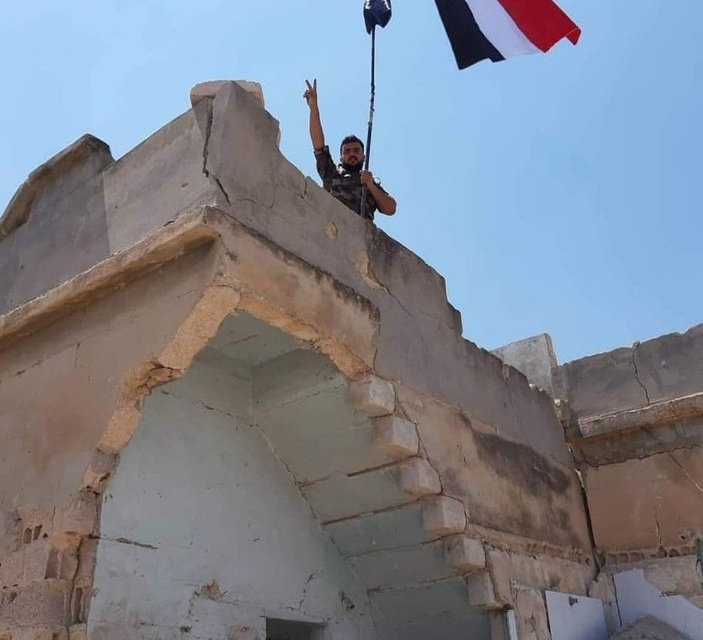 In one of its first advances in three months, the Russia-regime offensive took the village of Zakah in northwest Hama Province, opening the path for assaults towards the towns of Kafrzita and Lataminah.

However, shelling on opposition areas continued. On Monday the Russian-regime bombing was renewed in northwest Hama, including on Kafrzita and Lataminah, and on civilian sites in Idlib Province.

Yesterday a local pro-opposition source told EA, “Regime ground offensive in Hama in full swing. it’s all open land without cover”, increasing the effectiveness of the Russian airstrikes. Zakah, with a pre-conflict population of less than 2,000, was captured by the afternoon.

The May 6 Russian-regime offensive, which shattered the demilitarized zone, is hoping to drive through northwest Hama and into Idlib, reaching the M5 highway between Aleppo and Homs.

The Cost of the Offensive

The offensive captured several towns and villages in its first two weeks, but stalled amid resistance by the Turkish-supported National Liberation Front and the Islamist bloc Hay’at Tahrir al-Sham. Anti-Assad counter-attacks regained part of northwest Hama in June, with raids seizing weapons and inflicting casualties.

The Russian-regime assault finally made another advance last week, taking the hilltop position of Tal Malah just before the regime’s ceasefire declaration.

The White Helmets reported that Wednesday’s Russian-regime bombing and shelling of civilian areas killed another eight people and wounded 15. The rescuers said there were at least 87 airstrikes, 43 barrel bombings, and 247 artillery shells.

The Russian-regime operations have killed more than 700 civilians and wounded more than 2,200 since late April. More than 360,000 of the area’s more than 3 million people — about 20% of Syria’s remaining population — have been displaced. More than 30 medical facilities and at least 34 civil defense centers and vehicles have been struck.

Footage via a pro-Assad blog of the capture of Zakah:

A report from Turkey’s TRT World on Russia-regime airstrikes burning farmland, trying to break farmers and choke off food supplies in the northwest: