US-Iran: No Route for De-Escalation in Sight 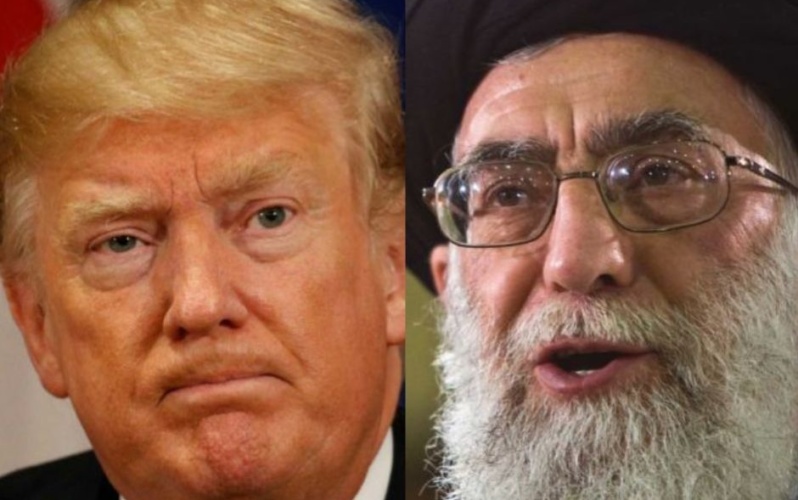 Donald Trump has stepped back from US airstrikes inside Iran, but the conflict is unabated.

Many trees have died for speculation about Trump’s sudden U-turn last Thursday. Responding to the Iranian downing of a US drone, he approved but then vetoed the strikes as planes were in the air and ships in position, about four hours before launching their missiles.

He has made the dubious claim that he halted the operations when told of a worst-case casualty count of 150 (why did he not know of the casualty estimate before approving the strikes?). Some have cited his supposed aversion to a US war in the Middle East. He may have calculated the effect on his 2020 re-election bid, or — my favorite — have a personal priority of face-to-face talks with Iranian leaders. He may even have been influenced by his friend, Fox TV commentator Tucker Carlson.

See also Iran Daily: Talks, Sanctions, Cyber-Attacks — What Does Trump Do Next?
EA on TRT World, Monocle 24, and BBC: Where Next in the US-Iran Conflict?

But even as Trump holds attention with confusing, contradictory statements — putting out tough rhetoric but then saying that he will be Iran’s “best friend” if it renounces nuclear weapons and praising Iran for not shooting down a US spy plane — the fundamental remains: Washington and Tehran are locked in political, economic, and propaganda confrontation.

And there is no apparent way out.

One route to de-escalation is direct talks between the US and Iran, either on a bilateral basis or as part of multilateral discussions, as with the 2015 nuclear agreement.

But while Trump’s “Call Me” includes an offer of phone numbers to Iran’s leaders, his Administration — which withdrew from the 2015 nuclear deal and imposed comprehensive sanctions from last November — has based talks on an effective surrender by the Islamic Republic.

Secretary of State Mike Pompeo’s offer of “unconditional” discussions actually sets 12 points as prerequisites, such as Tehran giving up all uranium enrichment, for civil programs; halting missile development; breaking ties with groups in the Middle East from Lebanon’s Hezbollah to Palestine’s Hamas and Islamic Jihad to Iraqi militias; ending its support of Yemen’s Houthi insurgency; and withdrawing its troops from Syria.

Unsurprisingly, the Supreme Leader is not keen on that offer. He said last month, before the attacks on two tankers in the Gulf of Oman and the downing of the US drone, “Negotiating with the present American government is doubly poisonous….They are not decent humans, they don’t stand by anything.”

With Ayatollah Khamenei and the Revolutionary Guards striking their firm poses, “centrist” President Hassan Rouhani has had to follow suit, proclaiming, “[We] forced the enemies to retreat step by step.”

So has Foreign Minister Mohammad Javad Zarif, previously known as the Iranian lead negotiator in the 2015 nuclear agreement with the 5+1 Powers (US, UK, France, Germany, China, and Russia). He tweeted at the start of June about American sanctions, “This is Donald Trump’s ‘economic war’. And war and talks — with or without preconditions — don’t go together.”

A second route is indirect talks, as in contacts via Oman in 2012 to set up negotiations between Iran and the 5+1 Powers.

Last month, there was flutter about a reprise, as Iran’s Deputy Foreign Minister met the Omani Sultan and Japanese Prime Minister Shinzo Abe, after a Tokyo summit with Trump, setting up a visit to Tehran.

But on June 13, just before news on the Gulf of Oman attack on the two tankers, the Supreme Leader slammed the door shut. When Japan’s Abe said he was carrying a message from Trump, Khamenei replied: “I do not consider Trump as a person worth exchanging any message with and I have no answer for him, nor will I respond to him in the future.”

So what of the third route, by-passing the US and its hardliners through Iranian links with other countries?

Facing the US withdrawal from the nuclear deal and sanctions appearing to seek regime change, the European Union spent months developing a Special Purpose Vehicle for non-dollar trade in Iranian oil and other commodities and goods. At the start of February, the EU launched a limited version of the mechanism, known as INSTEX.

But Iran turned down the escape from economic isolation. Officials, undoubtedly guided by the Supreme Leader’s office, cited “humiliating conditions”.

Those conditions? The EU’s criticism of Iran’s continued missile development and launches, of Iranian activity in the Middle East, and of Tehran’s involvement in alleged bomb and assassination plots in Europe.

On June 10, three days before rejecting Japanese mediation, the Iranians did the same with German Foreign Minister Heiko Maas. Even before Maas left Tehran, the Foreign Ministry pronounced, “What the Europeans need to do and what they have done so far have failed to win our satisfaction.” The conservative newspaper Javan added the sting, “The stinking leftovers of Nazism and fascism have manifested themselves in the spirit of the weakest Europe in history.”

The Supreme Leader had issued his verdict: he — and 75 million Iranians — would endure a crippled economy rather than making any apparent concession over Tehran’s military and political approach.

Hardliners to the Left of Me, Jokers to the Right

De-escalation requires a willingness to soften a hardline position. At the highest levels of the Iran regime, there is no such desire.

In September 2013, the Supreme Leader acceded to nuclear talks because President Rouhani presented him with a dossier of Iran’s economic crisis if discussions were not pursued. This time, Ayatollah Khamenei has forestalled that option, and Rouhani is effectively sidelined. In his place are Revolutionary Guards who appear to be willing to carry out “pinprick” operations — maybe an attack on tankers, definitely firing on a drone — to push against US sanctions and military capabilities.

But in Tehran, the hardline comes with consistency. In the Trump Administration, it comes with unpredictability.

With Donald Trump swinging between a tough-guy pose and his desire for an Art of the Deal photo-op in Tehran, the US swings a fist but then leaves it dangling in mid-air.

Last Thursday, no blow was struck inside Iran. But that was only for last Thursday. With no route to de-escalation at the moment, the economic battle — and, as the Administration was keen to point out last weekend, the cyber-battle — continues.

And so war, which comes not through design but through posturing and escalation, remains on the table.