Iran Daily: Talks, Sanctions, Cyber-Attacks — What Does Trump Do Next? 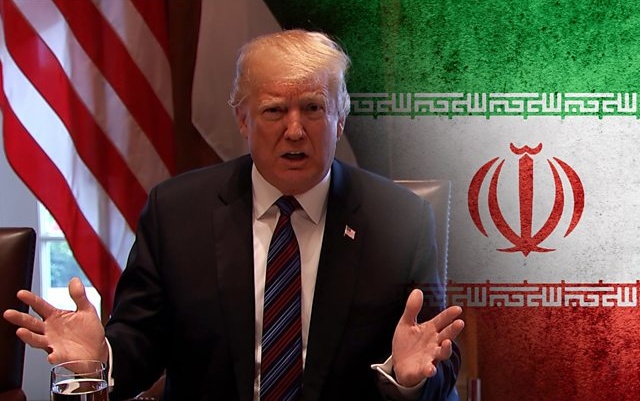 The Trump Administration tries to recover its position after Donald Trump’s U-turn over military strikes inside Iran — but with an unpredictable President, it is unclear what the US does next.

Last Thursday, Trump approved and almost immediately vetoed the strikes after Iran downed a US drone in or near Iranian territory earlier in the day.

Over the weekend, in a series of shifting and sometimes contradictory explanations, Trump has said he called off the attacks because he was told that up to 150 people could be killed, a disproportionate response to the shootdown of the unmanned drone. However, he did not explain why he did not have the casualty estimate before he approved the operations.

Trump has also signaled other motives for his flip-flop. While lying that he had imposed more sanctions on Iran last Thursday after his U-turn, he has clung to the prospect of personal talks with Tehran’s leaders. On Sunday, he said he would be the Islamic Republic’s “best friend” if it gave up nuclear weapons, and he praised the Iranians for not firing on a manned US spy plane which was in the same area as the downed drone.

On Monday, Secretary of State Mike Pompeo — who continued a US hard line on Sunday, accusing Tehran of “violence and disinformation” — will meet officials in Saudi Arabia and then the UAE.

Both countries are rivals of Iran in the region. Saudi Arabia is reportedly unsettled that the US did not carry out the military strikes, while UAE Foreign Secretary Anwar Gargash has called for restraint and a return to the diplomatic process.

Trump has also promised, following his falsehood last week, that the new US sanctions will be imposed today as part of the “maximum pressure” on Iran. Pompeo has set out 12 demands, including Tehran giving up all uranium enrichment, including for civil programs, halting missile development, breaking ties with groups in the Middle East such as Lebanon’s Hezbollah, ending its support of Yemen’s Houthi insurgency, and withdrawing its troops from Syria.

The Administration also leaked to the media over the weekend that it is carrying out cyber-attacks on Iran, including on its missile program.

The cyber-operations are far from new — the US has tried for more than a decade to disrupt Iran’s nuclear facilities and development — but the timing of the revelation indicated it was to offset the appearance of American weakness after Trump’s U-turn.

On Sunday, Vice President Mike Pence tried to cover up the uncertainty over Trump’s actions by balancing the retreat from military confrontation and a tough US line: “The President demonstrated the restraint that the American people, I know, admire and are grateful for. [But] Iran should not mistake restraint for a lack of resolve. All options remain on the table.”