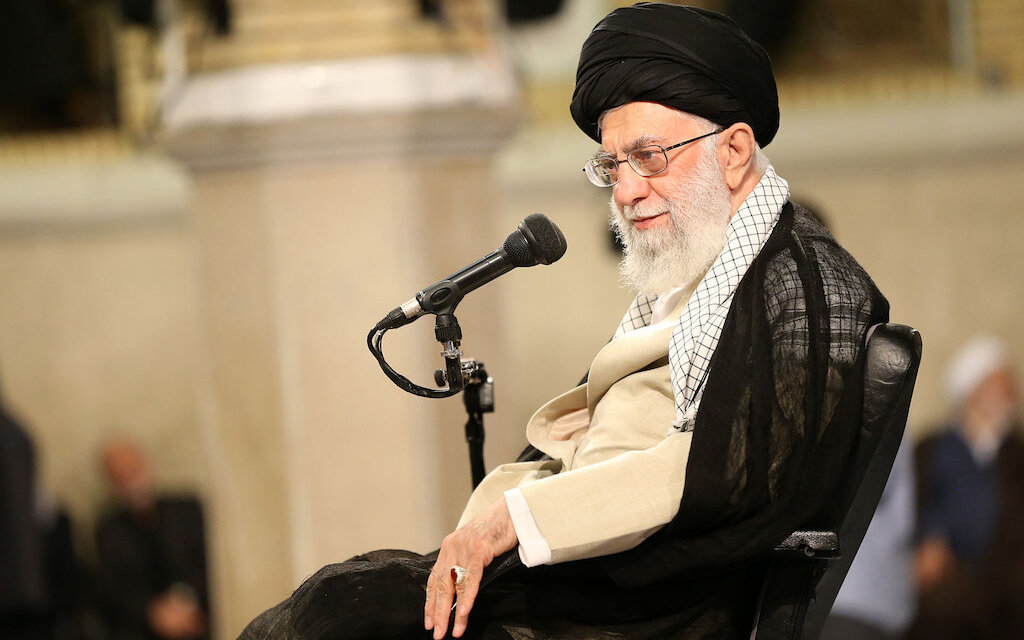 Striking a tough line amid speculation about indirect talks between the US and Iran, the Supreme Leader has insisted that there will be no negotiations with either the Trump Administration or European states.

Ayatollah Khamenei told academics on Wednesday that Iran will not enter discussions with “European countries and others” at this time, and he denounced negotiation with Washington as “harmful”.

Reinforcing his rejection, Khamenei said he will not engage about “the honor of the revolution” — using a Farsi word, “namoos”, which means the honor of female family members.

There’s a consensus among executive officials that negotiating with U.S. is absolutely not advised. Obama’s govt didn’t essentially differ, it only had a different appearance. We won’t be deceived by U.S. https://t.co/LkpXdMbyEt

Since last year’s US withdrawal from the 2015 nuclear deal between Iran and the 5+1 Powers (US, UK, France, China, Germany, and Russia), the Supreme Leader has maintained that there can be no talks.

Last week, he pressed the Government by criticizing President Hassan Rouhani and Foreign Minister Mohammad Javad Zarif, saying that he had not supported their pursuit of the agreement’s implementation in January 2016.

Khamenei has also denounced contact with Europe, particularly after Iran rejected the European Union’s launch in February of a limited Special Purpose Vehicle for non-dollar trade with Tehran. The regime said it could not accept “humiliating conditions”, including criticism of Iran’s missile program, of Tehran’s actions in the Middle East, and of alleged Iranian bomb and assassination plots in Europe.

Oman was the broker between the US and Iran, including a secret visit by the Supreme Leader’s top aide Ali Akbar Velayati, to set up the formal negotiations leading to the 2015 nuclear deal.

And as Donald Trump visited Japan last weekend, Japanese officials said, “We are planning to use our long standing friendly ties with Iran to help secure peace and stability in the region.”

Several countries have encouraged the contacts after Donald Trump’s declaration earlier this month, offsetting US moves towards military confrontation, that “phone numbers” had been given to Tehran. He said this could set up discussions between him and Iranian leaders.

Araqchi denied on Sunday that his visit to Muscat was a channel to Washington.

But as Foreign Ministry Spokesman Abbas Mousavi dismissed speculation, he added an important caveat: “Currently there are no direct or indirect talks between Iran and the US.”

The Supreme Leader chided “media hype about negotiations”. He said he has no objection in principle to talks with “Europeans and others”, but “our problem with such negotiations is about the topics to be discussed”.

He focused on any attempt to discuss Iran’s missile research and development:

Before the US withdrawal from the nuclear deal last May, European countries such as France proposed talks on a complementary agreement over Iran’s missiles. Tehran resisted the calls.

The Supreme Leader again asserted that Iran will successfully resist the Trump Administration’s pressure. He exalted the announcement earlier this month that Iran will suspend part of the nuclear deal, beginning with the quadrupling of production of 3.67% uranium: “If you do not use these tools, America might add to its pressures.”

He emphasized that Iran is not pursuing nuclear weapons, as this is against religious beliefs. However, he added there will be suspension of other commitments in the Joint Comprehensive Plan of Action, “We will use other means later.”