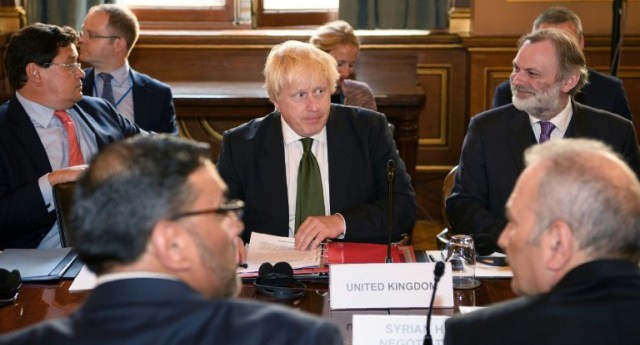 I spoke with BBC Radio 4’s World Tonight on Wednesday evening about the latest political and military developments in Syria, notably the opposition’s detailed plan for a transitional governing authority.

The coverage begins with a report by BBC correspondent Lyse Doucet, followed by the comments of MP Andrew Mitchell and my analysis.

After getting the immediate, obvious assessment out of the way — there will be no political resolution, because President Assad will not agree to step down — discussion turned to two equally important issues.

First, we discussed the opposition’s strategy, given that they know Assad will not negotiate. The High Negotiations Committee’s hope, after months of watching the US follow Russia’s lead even as Moscow bombs the country, is to win back international support for an alternative approach. Thus Wednesday’s plan was meant to court the Europeans and ensure that other Arab states and Turkey rejoined Saudi Arabia in backing of both opposition and rebels.

But what would that alternative approach be? We turned to the likely, if unacknowledged, scenario: a “soft partition” of Syria, with Kurdish groups, rebels, and the Assad regime each holding part of the country.

Listen to full package, with my interview from 14:50