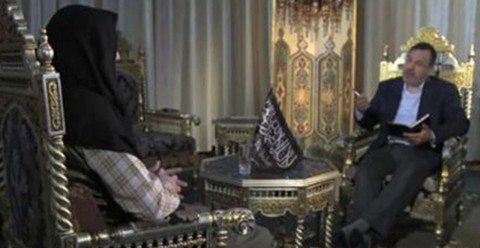 Claims are gathering that Jabhat al-Nusra, a leading faction in Syria’s civil war, is about to publicly distance itself from Al-Qa’eda.

Nusra supporters and other activists began spreading the claims last week, some asserting that the group’s leader Abu Mohammad al-Joulani will make a public statement.

Local sources confirm the separation as “highly possible”, although they caution that it is “not set in stone without an official announcement”.

In spring 2015 rebel factions, including the leading group Ahrar al-Sham, and foreign backers such as Saudi Arabia negotiated with Nusra for its separation from Al Qa’eda. However, after weeks of speculation, al-Joulani used a rare interview to say that Nusra would maintain its allegiance.

Rebels have kept political distance from Nusra, with tension between local groups and the jihadist faction in opposition-held territory. However, the rebels continue to cooperate with Nusra on the battlefield, especially in northwest Syria through the bloc Jaish al-Fatah.

At the end of February, a now-dormant “cessation of hostilities” — brokered by Russia and the US — excluded Jabhat al-Nusra and the Islamic State. Moscow has used the pretext of attacking Nusra to continue its regular airstrikes on rebels and opposition territory, claiming that other groups have not “separated” from the jihadists.

The US and Russia are now discussing a joint commmand-and-control center for aerial operations against Nusra, with Moscow pressing for this to include attacks on other factions.

Only A Token Change?

Both analysts and Syrian activists say that any detachment of Nusra from al-Qa’eda will only be a formal designation, with no change in ideology. A Dutch member of Nusra summarized that rebels and civilians in Syria only asked the faction “to change their organizational ties”: “If Jabhat al-Nusra change their ties and name, they still share the same strategy and methodology as Al Qa’eda.”

He noted that “there are numerous groups on various fronts throughout the world who share the strategy and methodology of Al-Qa’eda and they could even have organizational ties… — in Mali, Tunisia and Egypt for example — but they did not openly declare these ties”.

The Dutch member also gives a significant tactical reasons for Nusra’s continued allegiance: “If Jabhat Nusra did not openly declare their ties with Al-Qa’eda and confronted the deviant legitimacy of ISIS [the Islamic State], then most of the Mujahideen [foreign fighters] in Syria would have joined ISIS.

However, a locally-based analyst argues that the political and military situation is more complex, and thus Nusra’s potential separation more significant. He notes that “Al-Qa’eda’s ideology has always been mostly for [Nusra’s] leadership”, rather than the fighters and members — the vast majority of whom are Syrian rather than foreign.

The analyst says that any separation “won’t get much opposition in lower ranks”. He says that, while “more radical cells might break away, especially some foreigners”, Nusra “can afford that as they have had thousands of recruits weekly for months”.

Jabhat al-Nusra first entered the Syrian conflict in 2012. While intervening as part of an approach by the Islamic State, Nusra soon established ties with local communities, recruiting most of its fighters from the area and pursuing religious, social, and cultural activities.

Nusra broke with the Islamic State in early 2014, after ISIS turned on Syria’s rebels and then renounced its allegiance to Al-Qa’eda.

“A Dilemma for the US”

The Dutch fighter points to the immediate tactical importance of any Nusra decision, amid the American emphasis on a political and military approach along the Assad regime’s ally Russia:

[Nusra’s] breaking their ties with Al-Qa’eda will form a dilemma for the US. If the US insists on bombing Jabhat Nusra in cooperation and coordination with Russia…then this will without a doubt proof that the US is aiding the Syrian regime. It will prove that this is not a war against terrorist organizations, but a war against Muslims and Islam.

The factions who still refuse to unite with Jabhat Nusra will also be exposed, it will proof that they used the ties of Jabhat Nusra as an excuse to refrain from unity.