Week Past, Week Ahead: Syria — Back-and-Forth in the Stalemate 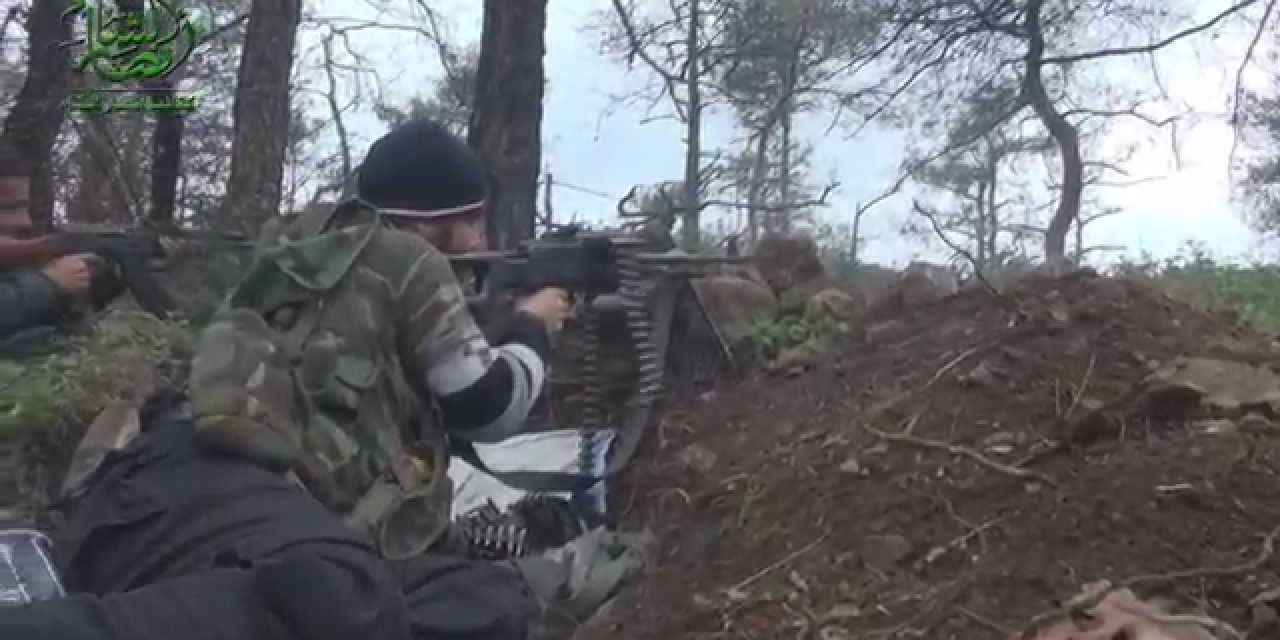 In a week in Syria marked by fighting and bombing but no significant change in the military situation, the headlines came from the back-and-forth “victories” in the insurgency’s offensive in coastal Latakia Province.

On Thursday, the Syrian military celebrated the re-capture of the key Tower 45 observatory, overlooking the villages near the Turkish border, with a tour by a General. However, by Friday, insurgents were again controlling the position and putting out their own victory videos.

Insurgents attacking as they reclaimed Tower 45

The regime pursued its own offensive near Damascus, hoping to retake areas in East Ghouta after months of insurgent occupation. There was little sign of resolution. Instead, the most vivid images and claims came from Jobar on the northeast edge of Damascus, with activists claiming the Syrian military had used chemical weapons in heavy fighting.

Those claims were not proved, but the regime’s sustained use of barrel bombs was beyond doubt. More attacks in and near Aleppo took scores of lives, with graphic video testifying to the destruction. There was also heavy bombardment of areas in Daraa Province in southern Syria, trying to check insurgent advances.

Attack on al-Shaar area of Aleppo

The fighting continued to check the Assad regime’s hope for focus on “legitimacy” through spring Presidential elections. While Damascus continued to post daily photos of claimed rallies in support of President Assad and the military, its main propaganda effort was to claim insurgent abuses of civilians and “terrorism” that included preparations for chemical weapons attacks.

Beyond Syria, there was little change in the political context after President Obama’s trip to Saudi Arabia. US officials again tried the line that there might be military aid for “moderate” insurgents, without any evidence that this would be the occasion when rhetoric became reality.

On the humanitarian front, another signpost of the conflict was passed: the number of Syrian refugees in Lebanon reached 1 million. Overall, almost 2.6 million Syrians — more than 10% of the pre-war population — have left the country.

Clashes between refugees and Jordanian security forces in the Zaatari camp left a Syrian woman dead and injured dozens:

We continue to see grinding stalement, despite each side’s claims of significant offensives. Last month’s regime victory in Yabroud, 60 kilometers north of Damascus, has not been a turning point, and its strategy of local ceasefires around the capital has yet to be followed with a decisive move in areas such as East Ghouta. Aleppo is still divided, and insurgents are continuing to hold out even in Homs.

The insurgents have not produced a telling advance, despite successes near the demilitarized zone with Israel and in Aleppo Province. However, the 17-day Latakia offensive has been good publicity that the foriegn fighters have not disappeared, despite tensions over support from outside powers and the battles with the Islamic State of Iraq and as-Sham.

Turkey and Saudi Arabia have even put out notable signals that they will continue to back that effort, even as Washington continues its indecision over whether to support or abandon the insurgency.

The Ceasefire in Damascus Suburb of Barzeh — “The Opposition Had No Choice”
What Happened When Insurgents Captured Kessab? — Propaganda & Reality