Syria: Why US Will Accept Assad After Geneva II Fails 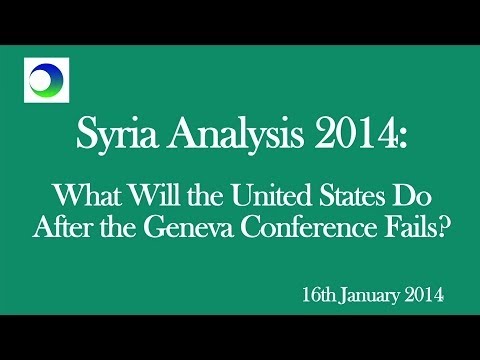 A video analysis anticipating what the US will do after this week’s “Geneva II” conference fails: “The US, in the next few months, will probably accept that President Bashar al-Assad will be allowed to stand for ‘re-election’ in 2014.”

“The Americans have to go one of two ways: either with the Saudis or the Russians, either a continued fight against Assad or Assad allowed to stay in power and keeping key elements of his regime, military, and intelligence services.

Because the US is so concerned about ‘extremists’ in the opposition, it will continue to be — if not with the Russians — to be following along, a couple of steps behind.

It will be done behind the scenes, it will be done gently. The Russians will take the diplomatic lead, and gradually the US will join them.”