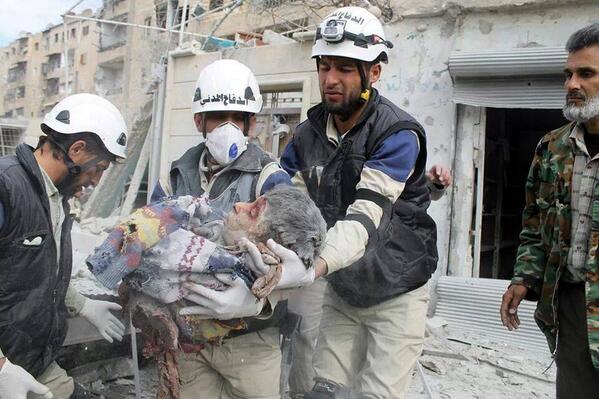 The Story of the Crimean Tatar Suicide Bomber

Five days after the United Nations Security Council unanimously called for an end to violence and aid to besieged areas, bombs fell throughout Syria on Thursday.

Video testified to regime airstrikes on Yabroud in Damascus Province, as the Syrian military pursued a three-week offensive around the city. At least two barrel bombs hit Darayya southwest of Damascus, bringing the total to 284 since the start of the year. And attacks caused casualties near Aleppo in Masaken Hanano.

State media claimed that five civilians were killed and 13 injured by an insurgent rocket in he Ikrema neighborhood of Homs. A child was killed in an explosion in the al-Qasa’a area of Damascus.

The Local Coordination Committees said 70 people were killed on Thursday, including 25 in Aleppo Province, 20 in Idlib Province, 18 in Damascus and its suburbs.

Insurgents: We Are Pushing Back Regime Forces & Hezbollah’s Qalamoun Offensive

Insurgents claim that they have inflicted setbacks on Syrian forces and Hezbollah during the regime’s Qalamoun offensive trying to take territory north of Damascus.

Opposition activists and fighters assert that they have killed and wounded hundreds of enemy forces, including 70 in one night. They say they have seized the “Flag Hill”, adjacent to the Damascus-Homs highway on the Rima front.

The sources claim that the regime retaliated by shelling cars driven by displaced civilians on the road from Yabroud — which the regime has been trying to surround for three weeks in its offensive — to Arsal in Lebanon.

Friday’s Protest in Kafranbel: “If You Are Human, You Have to Care for the Syrian People” 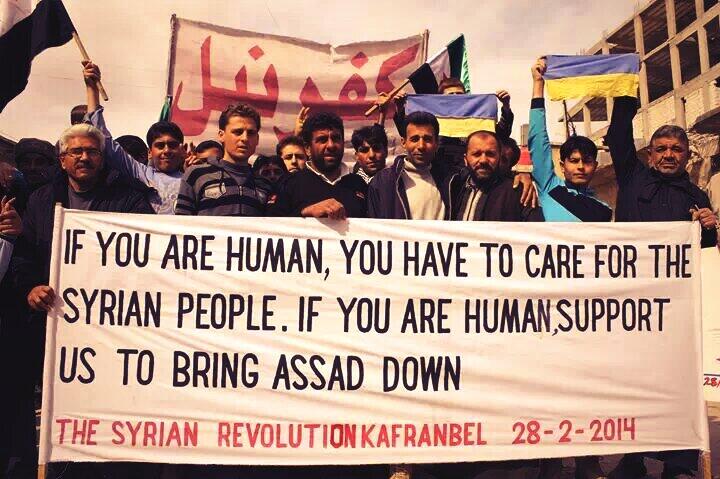 An expression of sympathy with the demonstrators in Ukraine who pushed President Yanukovich out of power: 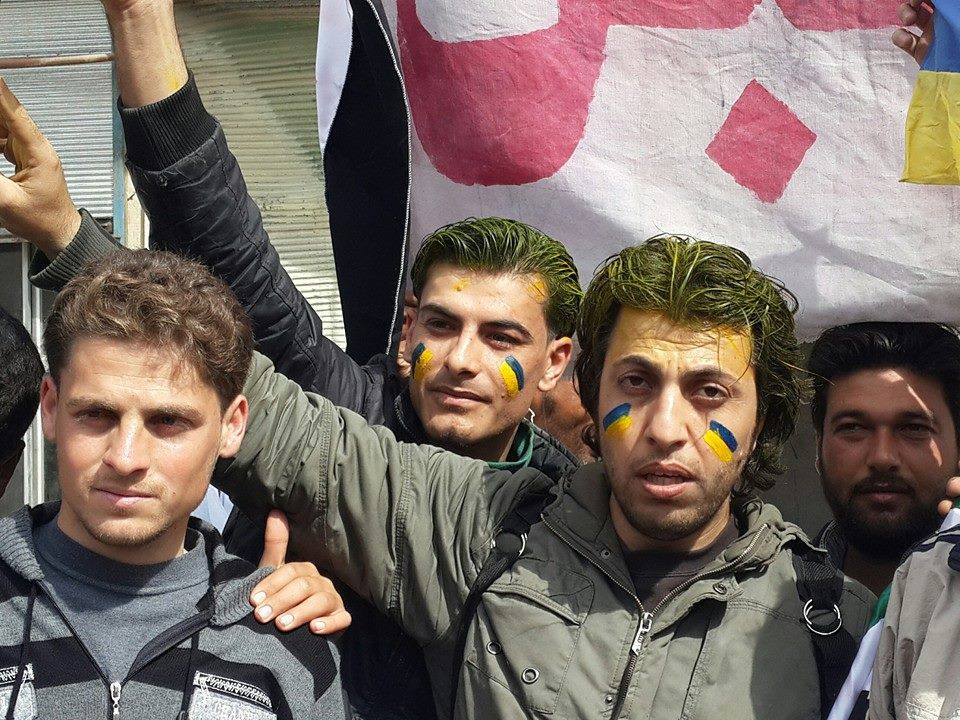 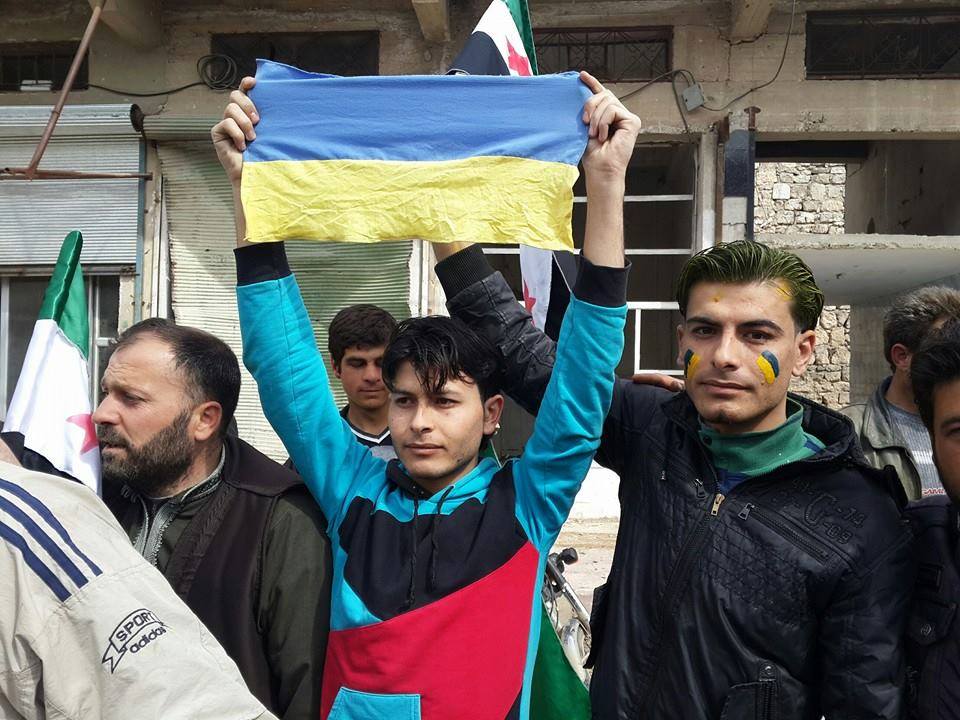 A crowd in Azaz, three miles from the Turkish border in northwestern Syria, celebrates the withdrawal of Islamic State of Iraq and as-Sham fighters.

The ISIS has been under pressure in Azaz, one of the first towns it occupied last year, since the start of fighting with insurgent groups in early January.

The town is an important point for controlling supplies that enter Syria at a nearby border crossing.

Observers are speculating that ISIS may have withdrawn to consolidate forces at key points, such as the city of Raqqa, before the expiration of a five-day deadline to halt the fighting.

The warning was issued by the leader of Jabhat al-Nusra, Abu Mohammad al-Joulani, earlier this week.

The leading Kurdish militia, the YPG, has halted operations in northeast Syria against the Islamic State of Iraq and as-Sham, following allegations of arrests and violations of human rights of local residents.

The decision followed an offensive last week in which the YPG took the town of Tal Barak.

The militia said in a statement that it is suspending military operations in the three cantons of Cizire, Kobani and Afrin, created in January by the Kurdish Democratic Union Party (PYD), as well as in the cities of Aleppo and Raqqa.

The YPG said 30 “Islamic militants” were killed and more than 40 arrested in the Tal Barak offensive, as the YPG took control over a major highway between the cities of Hasakah and Qamishli.

“The defeated groups in Tal Barak want to give a bad image to us and upset the Kurdish-Arab brotherhood, and they spread propaganda against us,” the YPG said of the allegations of human rights violations.

“This operation targeted the mercenaries only,” the YPG said. “We appeal to Arab tribes and the authentic people of the region to stand in the face of these groups.”

Attacks on Heads of Reconciliation Committees

Authorities say the car of the Head of National Reconciliation, Adel Misto, was set afire on Thursday.

A day earlier, gunmen assassinated the head of a Reconciliation Committee near Damascus.

The regime has been pursuing “reconciliation” through a series of ceasefires around the capital. Critics claim Damascus has been pursuing a “surrender or starve” policy, refusing to allow aid until residents and insurgents give in to demands.