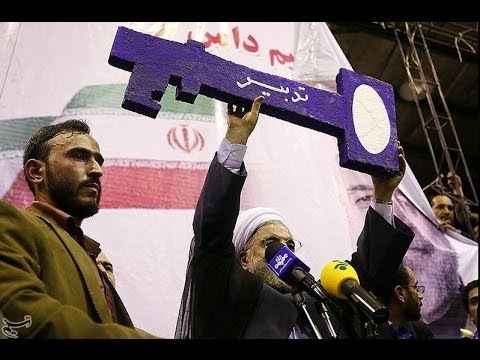 For months, well-placed sources have told us of the growing animosity between President Rouhani’s office and State broadcaster IRIB.

Rouhani’s inner circle believed, with some justification, that IRIB supported hard-line candidate Saeed Jalili in the Presidential election. IRIB head Ezzatollah Zarghami was seen as hostile to Rouhani, politically ambitious, and disliked by many of the broadcaster’s staff.

The tension escalated earlier this month over a Rouhani live prime-time interview. The President’s office objected to the choice of interviewer, seeing him as a supporter of Iran’s hard-line factions. Rouhani refused to go on air, tweeting:

Head of Islamic Republic of Iran Broadcasting, Zarghami, prevented live discussion w/ people on #IRIB1 which was scheduled for an hour ago

IRIB finally relented, apparently by adding a second interviewer. However, Zarghami protested in an open letter to the IRIB’s Supervision Council.

On Wednesday, Rouhani’s representative on the Council, Heshamodin Ashna, lashed out, “It seems that this council is not a supervisory council for IRIB but a council from IRIB for supervising the presidency.”

Rouhani’s mentor, former President Hashemi Rafsanjani, maintained the challenge to Zarghami. He said the broadcaster should not “be at the discretion of one party”, and claimed it is “outside of that framework in some of its programs”.

The head of the Council, Bijan Nobaveh, demanded that an “uninformed” Ashna apologize and resign his seat on the Council.

Will Zarghami be forced out, as EA sources have suggested since last autumn? Or will the President’s authority as well as his image be damaged by IRIB?

We may not get that answer for some time. Meanwhile, the dispute has even reached children’s programs.

Last week, a presenter showed off a key to his young audience. Adult Iranians who tuned in might have been reminded of Rouhani’s campaign symbol, a large key opening opportunities.

The inscription on the key: “LIE”.