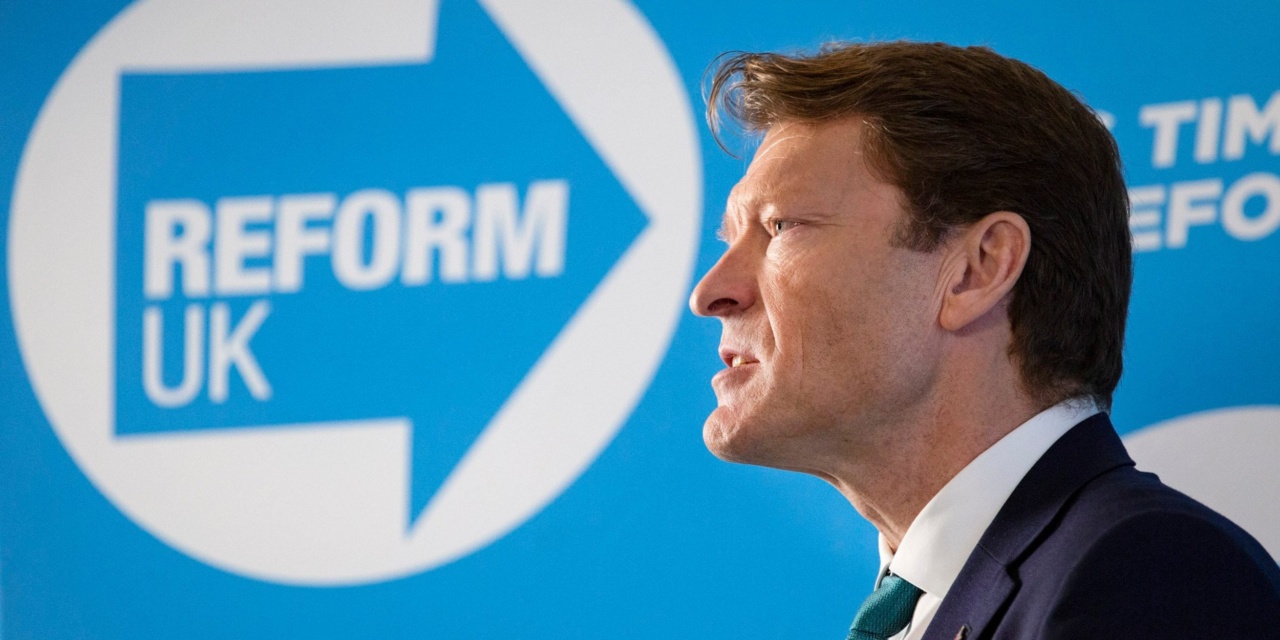 It is said that the five stages of grief are denial, anger, bargaining, depression, and acceptance.

But the UK is learning — to its high cost — that for hard Brexiteers, there is no 5th stage. Instead, acceptance is replaced by blind, deaf, and not-very-smart fantasy.

The Consumer Price Index of inflation reached a 40-year high of 11.1%. Trade with the largest British markets, notably Europe, is way down. Shortages of personnel in key public sectors, such as the National Health Service, in services and leisure, and in some businesses are being exacerbated. Agreements for scientific and educational cooperation are in jeopardy. The threat to the security of the Irish island continues.

For Richard Tice, the former sidekick of Nigel Farage and now head of the “Reform” Party, all this is not cause to reflect on the damage since the Withdrawal Agreement took effect on January 31, 2020. It is just an indication that Brexit was not done “correctly”.

Tice does not take time for the detail of how implementation went wrong. He certainly does not bother with an explanation of his alternative to ensure trade deals, settle the labor market, stem rising costs, and avoid insecurity in Northern Ireland while reforming the customs line down the Irish Sea.

Instead, he dishes invective. “You have got the Consocialists [Conservatives] and then there are the red socialists. There is no difference.”

Lord Cruddas, a former Party Treasurer and donor of more than £3.5 million, whips up the menace:

What you’re seeing today is a coup and a hijacking of the Conservative party by centre-left leaning people. They don’t outnumber those on the centre right….

Something’s going to come to a head because the members don’t want [Prime Minister] Rishi Sunak. They didn’t vote for him and he was imposed upon the Conservative Party.

Like Tice, Cruddas does not analyze Brexit’s economic consequences. He prefers to speak in the mantras deployed since the June 2016 referendum: “We voted for Brexit. We didn’t vote to annex Northern Ireland to be part of the European Union. And we need to continue to control our borders.”

Political Vultures and a Brexit Carcass

The Fantasy is not new. Well before a Withdrawal Agreement was confirmed, Boris Johnson — and his backer Donald Trump — were deriding Prime Minister Theresa May for the “wrong” Brexit in her negotiations with the European Union.

In the end, Johnson did not alter the fundamentals of May’s approach. Indeed, as Prime Minister, he supported it through the ringing of Big Ben for withdrawal in January 2020.

But. of course, his derogation of May had nothing to do with the economic and social provisions of Brexit and all to do with his coup to move into Number 10. And having seized the Premiership, he could roll out more fantastic deceptions for his “Golden Age”: there wasn’t a customs line between Northern Ireland and Great Britain; a trade deal with the US was around the corner; public services would flourish, including more nurses, doctors, and hospitals.

Johnson is now gone, not with a Sorry but with a series of lucrative speaking engagements around the world. So it is Tice who seeks to be the chief political vulture feeding off the UK’s Brexit carcass.

Within days of Tice’s declaration, a report by the Nuffield Trust concluded that Brexit has worsened recruitment shortages in the NHS. The price of some medicines has spiked; others are more difficult to obtain.

The analysts note that the long-term 4% decline in relative GDP from Brexit will add further pressure to the NHS:

Brexit risks particular economic consequences for areas of the country where industries are more affected by trade barriers, and may worsen embedded health inequalities following austerity.

This is a far cry from Leave’s Battle Bus in 2016, lying that the UK would reap £350 million each week for the NHS once it left the EU. Long gone is Johnson’s proclamation of “50,000 more nurses” for the December 2019 General Election.

But this does not mean Government acceptance, or even recognition.

On December 20, the Centre for European Reform published a comprehensive study establishing that Brexit cost the UK £33 billion in lost trade and investment up to June 2022. Goods trade is down 7% and investment 11%, with the Government losing £40 billion in tax revenue per year. The relative decline in GDP is 5.5% compared to a UK which remained in the EU.

Ministers did not ignore the report — they immediately trashed the findings. Jacob Rees-Mogg, the “Minister for Brexit Opportunities” who never produced an opportunity, fumed that the study was “speculative” and accused the CER of being “naysayers returning to their folly”.

Others stepped away from Brexit’s extravagant promises. International Trade Minister Kemi Badenoch said she would no longer seek major international trade deals. Instead, she wanted to emaphasize that “free-trade agreements are like the motorway”, which apparently means reducing trade barriers, increasing inward investment, and boosting exports.

And Prime Minister Rishi Sunak just wants it all to go away. In his New Year crisis speech on Thursday amid the soaring cost of living, the spread of strikes, and a buckling NHS, Sunak made a single reference to Brexit: a repetition of his near-empty mantra about “seizing the opportunities to ensure our regulatory system is agile and pro-innovation”.

Brexit means never having to say you’re sorry. So Conservatives dismiss any “Swiss-style” modification of Brexit’s isolation. The Reform Party blusters that the core issue is actually “net-zero goals for reducing emissions”.

The Government staggers along with no opportunities beyond the mythical and Sunak’s platitude, “I will only promise what I can deliver. And I will deliver what I promise.”

And anticipating the carcass, the vultures gather. Tice says with glee, “We are potentially seeing the dying days of the last majority Tory government in our lifetime. And that is an exciting thought.”