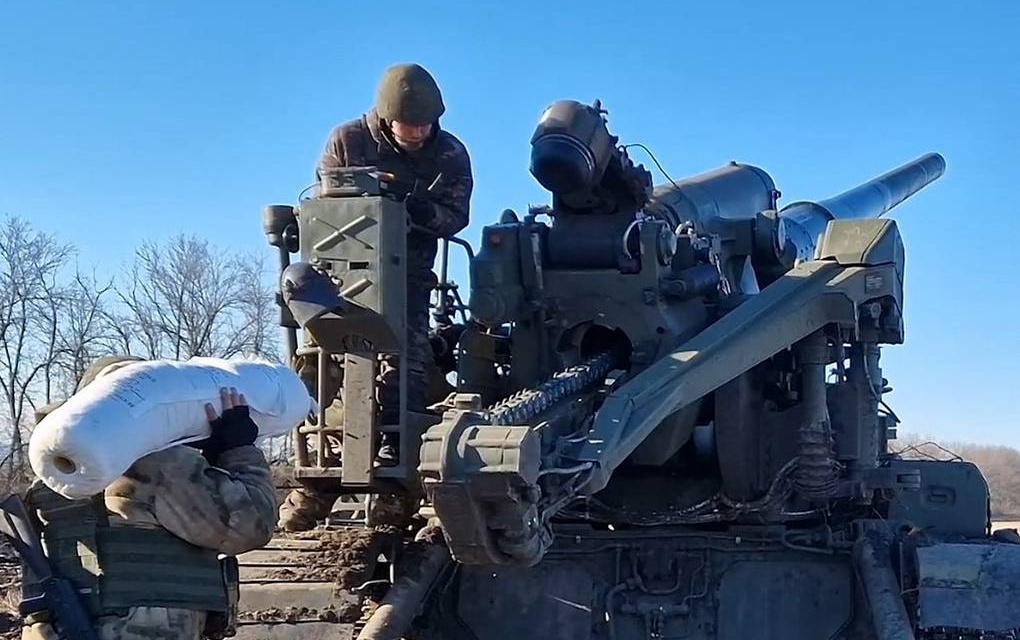 The UK has quickly followed Poland’s announcement of heavy battle tanks being sent to Ukraine.

A spokesperson for Prime Minister Rishi Sunak told journalists that Sunak has asked Defence Secretary Ben Wallace to “work with partners” over further support to Ukraine “including the provision of tanks”.

Poland has committed to the delivery of German-made Leopard heavy battle tanks to Ukraine (see 1025 GMT).

Visiting Lviv and speaking alongside Ukrainian counterpart Volodymyr Zelenskiy, President Andrzej Duda said, “A company of Leopard tanks for Ukraine will be transferred as part of building an international coalition.”

Duda’s statement indicated that other countries will soon follow Warsaw. Prime Minister Mateusz Morawiecki said on Saturday that Poland would not send the Leopards without the formation of the wider coalition.

Today in Lviv, together with Presidents @ZelenskyyUa and @GitanasNauseda, we are talking in the Lublin Triangle format about military support for Ukraine against Russian aggression and about Ukraine's integration with the EU and NATO. 🇵🇱🤝🇺🇦🤝🇱🇹 pic.twitter.com/iYSWqEdYWL

Heavy fighting continues in Soledar….The enemy has again replaced its units after sustaining losses, has increased the number of Wagner [fighters] and is trying to burst through our forces’ defence and fully seize the city, but is not having success.

Following a visit to Lviv in western Ukraine, President Volodymyr Zelenskiy has said:

We discussed state border protection, the operational situation on the border with the Republic of Belarus, and counter-subversive measures in these territories….

We understand that apart from powerful statements, we do not see anything powerful there, but nevertheless we must be ready both at the border and in the regions.

President #Zelenskyy arrived in #Lviv where he commemorated the fallen defenders of #Ukraine. pic.twitter.com/kcaO2jYyDy

Lubinets said the discussion was of “a wide range of humanitarian problems and issues related to the provision of human rights assistance to citizens of the two countries”.

Moskalkova said talks were on “humanitarian aid to citizens of both countries”, and agreement was reached on an exchange of 40 prisoners from each side.

A French official said Paris is hoping for agreement from Berlin before a Franco-German summit on January 22.

Polish Deputy Foreign Minister Paweł Jabłoński said Monday, “We encourage other countries to form a broad coalition for the transfer of more modern tanks to Ukraine, such as Leopard tanks.”

A spokesperson for the German Government says it is not aware of any requests from allies to send the tanks, but is coordinating closely with the US, France, UK, and elsewhere over military support for Ukraine.

German Economy Minister Robert Habeck said on Tuesday that the supply of Leopards 2 “can’t be ruled out”.

The official said the dual-use conventional munitions (DPICM), produced in Turkey under an agreement with the US, were delivered in November. Washington had refused to send the materiel to Kyiv because US law prohibits their export.

The munitions are effective in destruction of armored vehicles. However, their use will complicate the clearance of Ukrainian territory after the war: each projectile scatters about 88 bombs, some of which do not explode.

Supporters of the use of the cluster munitions say they will help overcome the uncovered and unfortified trenches of the Russian army in open areas of eastern Ukraine.

“For every shot you will have 10 dead Russians. You will see the effectiveness of the DPICM and the effectiveness, which will also affect the morale of the Russians,” said Dan Rice, advisor to the Commander-in-Chief of the Armed Forces of Ukraine.

Turkey has also supplied Ukraine with armed Bayraktar TB2 drones, which helped stop the Russian advance on Kyiv at the start of the invasion. The drones also were involved in the sinking of Russia’s Black Sea flagship, the cruiser Moskva.

Children of the war in #Bakhmut. pic.twitter.com/Z7OTwfO1EW

A Russian missile strike on Kherson city in southern Ukraine has killed one person and wounded another.

This is the aftermath of 🇷🇺 missile strike today on #Kherson.
A huge hole in the yard, filled with water probably from damage to the water supply.
Destroyed balconies and broken windows.#RussiaIsATerroristState #StandWithUkraine pic.twitter.com/uH270I0Nd8

The quartet includes Viktor Medvedchuk, whom Russia hoped to install as head of a Ukrainian Government after overrunning Kyiv and toppling Zelenskiy last spring.

Medvedchuk was captured by Ukrainian special forces in April and released to Russia in September as part of a prison exchange.

If people’s deputies choose to serve not the people of Ukraine, but the murderers who came to Ukraine, our actions will be appropriate.

Kozak and Kuzmin were both members of Medvedchuk’s party in the Ukrainian Parliament.

The US sanctioned Kozak, the owner of three television channels, in January 2022 for spreading Russian disinformation. Ukrainian authorities have charged Kozak and Kuzmin with treason.

Derkach is also sanctioned in the US and charged with money laundering and sanctions violations.

He had a central part in Donald Trump’s effort to blackmail Zelenskiy in 2019 into spreading disinformation about Democratic Presidential candidate Joe Biden.

Derkach met frequently with Trump’s lawyer Rudy Giuliani, who led the 10-month effort to circulate “dirt” about Biden. The initiative was checked when a whistleblower revealed Trump’s pressure on Zelenskiy, leading to the House’s impeachment of Trump at the end of 2019.

ORIGINAL ENTRY: Russia’s artillery fire in its Ukraine invasion has fallen by up to 75%, pointing to diminished capability after 10 1/2 months of attacks.

Both Americans and Ukrainians say they are not certain whether Russia is rationing artillery rounds, or whether it is reassessing tactics after Ukrainian counter-offensives liberated territory in the south and east.

In December, a “senior US military official” said that Russia was having to use 40-year-old artillery shells as Moscow ran short of new munitions. Russian approaches to Iran and North Korea for supplies have not replenished stocks significantly.

Russia has relied on heavy bombardment of target areas in its invasion, levelling cities such as Mariupol in the southeast and Sevierodonetsk in the east. At one point, the Russians had a 10:1 advantage over Ukraine in artillery, said Western military offiicals.

Moscow’s forces are concentrating fire on the area around Bakhmut, which they have tried to overrun since May, in the Donetsk region in the east. They are also relying on artillery to hold off a Ukrainian liberation of Svatove and Kreminna in the neighboring Luhansk region and more territory in the Kherson region in the south.

Moscow’s In-Fighting With Wagner on Frontline

The pressure on supplies is feeding the internal battle for power in Moscow, as Yevgeny Prigozhin — the founder of the mercenary Wagner Group — tries to eclipse rivals such as Defense Minister Sergey Shoygu.

Speaking last week to Wagner’s fighters on the frontline in eastern Ukraine, Prigozhin blamed their low stocks of combat vehicles, artillery shells, and ammunition on “internal bureaucracy and corruption”.

In the clip, broadcast on State TV, Prigozhin said the shortages explained why Russia still had not seized Bakhmut after eight months. He told the mercenaries:

This year we will win! But first we will conquer our internal bureaucracy and corruption.

Once we conquer our internal bureaucracy and corruption, then we will conquer the Ukrainians and NATO, and then the whole world.

The problem now is that the bureaucrats and those engaging in corruption won’t listen to us now because for New Year’s they are all drinking champagne.

Western intelligence officials say that there is “a realistic possibility that Wagner personnel now make up a quarter or more of Russian combatants” in Ukraine.

Prigozhin claimed on Tuesday that “Wagner units have taken the whole territory of Soledar”, a small town 10 km (6 miles) north of Bakhmut, “under control”.

In his nightly address to the nation, Ukraine President Volodymyr Zelenskiy thanked the “heroic” defenders of Soledar.

A US official said that Wagner’s military effectiveness is still considered to be limited, with advance so slow that “sometimes it takes two weeks to take a single house”.

A “senior US Administration official” said that while Prigozhin is building his profile, Wagner is taking heavy losses: “Out of its force of nearly 50,000 mercenaries — including 40,000 convicts — the company has sustained over 4,100 killed and 10,000 wounded, including over 1,000 killed between late November and early December near Bakhmut.”

He added that Russia “cannot sustain these kinds of losses”:

If Russia does eventually seize Bakhmut, Russia will surely characterize this, misleadingly, as a “major victory”.

But we know that is not the case. If the cost for each 36 square miles of Ukraine is thousands of Russians over 7 months, this is the definition of Pyrrhic victory.