US Repeats Its Northern Ireland Warning to A Catatonic UK Government 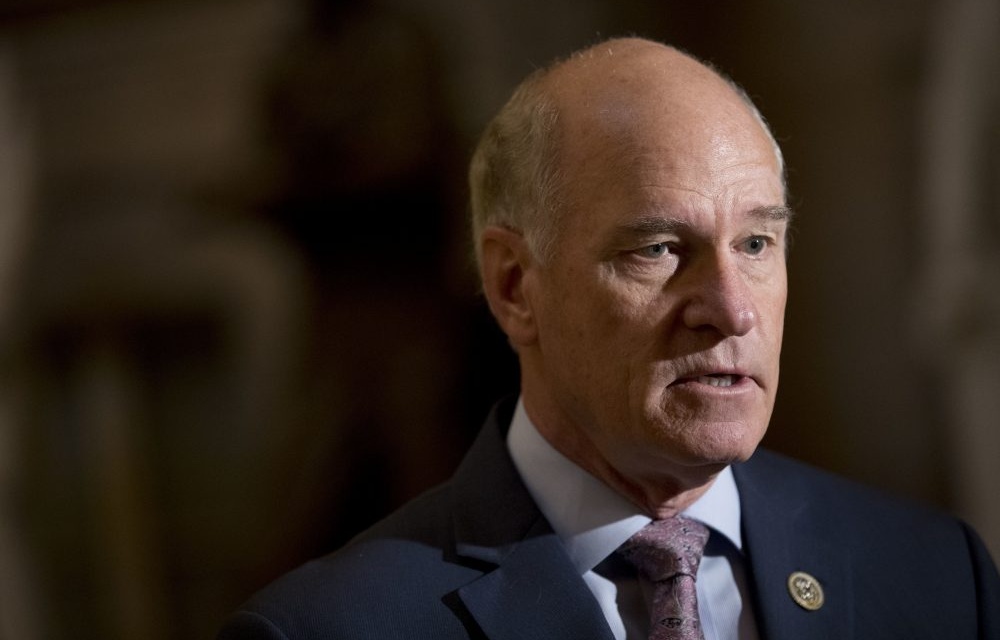 Rep. Bill Keating of Massachusetts: “The Northern Ireland Protocol issue has to be resolved before we can make any trade agreements.”

The message from the two US Congressmen could not have been clearer.

Speaking by video link with the Bridging The Atlantic conference, hosted by University College Dublin’s Clinton Institute, Reps. Bill Keating and Brian Fitzpatrick bluntly reminded the UK Government 370 miles in London: no resolution of the status of Northern Ireland in the Brexit Agreement means no US-UK trade deal.

Fitzpatrick, a Republican from Pennsylvania, told the gathering at the Royal Irish Academy that the imminent shift from a Democratic to a Republican majority in the House makes no difference:

Fear not: American policy will not be changing dramatically.

We are going to continue to provide unified, bipartisan support for Ireland and be pragmatic about how to go about resolving these issues. They are very complicated; they have been going on for many years; it has been dragging on.

Keating, a Democrat from Massachusetts, explained, “The protocol issue has to be resolved before we can make any trade agreements and so I make it clear: when we raise that issue, it’s not a threat; it’s our own economic self-interest.”

The messages were magnified by the status of the two representatives. Keating is the chair of the House Foreign Affairs Subcommittee on Europe, and has held a series of hearings about Northern Ireland’s post-Brexit position. Fitzpatrick, the ranking Republican on the subcommittee, is likely to become chair in January.

From Raving to A Hushed Voice in London

For more than 3 1/2 years, British Governments have tried to wish away the US warnings over any Brexit-era hard border on the Irish island.

There was House Speaker Nancy Pelosi in April 2019, during a tour of the UK and Ireland, “Let me be clear, if the Brexit deal undermines the Good Friday Accord, there will be no chance of a US-UK trade agreement.”

There were Congressman Richard Neal, the chair of the influential House Ways and Means Committee in Congress, and Pelosi in autumn 2020 as the UK Government threatened to break international law by unilaterally dismissing the customs line down the Irish Sea.

The Good Friday Agreement is the bedrock of peace in Northern Ireland and an inspiration for the whole world….

Whatever form it takes, Brexit cannot be allowed to imperil the Good Friday Agreement.

There was Joe Biden, weeks before he was elected President in November 2020, “Any trade deal between the US and UK must be contingent upon respect for the Agreement and preventing the return of a hard border. Period.”

Still the Johnson Government blustered that it would suspend the Northern Ireland Protocol if the European Union did not remove the customs line in the Irish Sea. When Cabinet Minister Michael Gove pursued meaningful negotiations with the EU’s Maroš Šefčovič in March 2021, he was removed and replaced by the hardliner David Frost. Six months later, Frost told the House of Lords that he was ready to scrap the Protocol.

This past May, Attorney General Suella Braverman made up legal cover to break the law: the Protocol could be jettisoned because it is causing social unrest.

But now Johnson is gone, moving from vacation to vacation after he was ousted as Prime Minister in July. Frost resigned last December. Braverman was removed last month following her serious breach of security, although she was reinstated by Sunak as a sop to right-wing Conservatives. The country is in political and economic turmoil, following the six-week implosion of the Truss Government and the entry of Rishi Sunak as Prime Minister.

So London’s chest-thumping defiance has been replaced by a low voice, even a stupor, over both the Protocol and the mythical US-UK trade deal.

At his first meeting as PM with Biden, on November 16 at the G20 summit in Indonesia, Sunak played nice. His Press Secretary issued a statement, referring to the 25th anniversary of the Good Friday Agreement in April 2023, “The Prime Minister did refer to that anniversary next year and ensuring that we get a negotiated settlement that protects the Good Friday agreement by then.”

Asked if Biden raised concerns, the Press Secretary replied evasively, “Not specifically, no.”

London’s hushed tone is an advance on the tear-it-down rhetoric of the Johnson years and the tear-it-further-down incompetence of Liz Truss’s mayfly stay in Downing Street. Technical talks resumed with the EU in October after a seven-month break, prompting Irish Foreign Minister Simon Coveney to speak of a “new era of positivity”.

But EU officials say that they are still awaiting substantive proposals from the UK — and they could be waiting for some time. For when the Sunak Government tried to break its catatonia, it was quickly shaken back into stupor by Conservative MPs last week.

The Government floated the idea, through the Sunday Times, of a Swiss-style trading arrangement with the European Union. That legal and economic adjustment of markets — “regulatory alignment” — would bring down many of the customs barriers, including 80% of the checks between Northern Ireland and Great Britain.

But hard-core Brexiteers screamed why should the UK be like Switzerland, impressively ignoring both the advantageous Swiss economic position and the Northern Irish question. The Government immediately shot down its trial balloon, with Chancellor Jeremy Hunt — whose office may have put the balloon up — saying, “That is not the right deal for the UK.”

In a confidential paper, Northern Ireland Secretary Steve Baker is pursuing the fantasy of adding a “customs cooperation chapter” to the Northern Ireland Protocol — a fancy phrase for removing any role for the European Court of Justice.

Catherine Barnard, Professor of EU law at Cambridge University, succinctly responded with reality, “All of this is theoretically possible but whether the EU would agree to it is another issue.”

That leaves the Government with no option except denial. In a high-profile interview with Sky News’s Beth Rigby, Hunt dismissed reality, “I don’t accept that Brexit is the cause of the big economic difficulties we have.”

Presented with the Office of Budget Responsibility’s assessment of a 4% loss in relative GDP — £100 billion in lost trade and £40 billion in lost Government income — because of departure from the EU, the Chancellor buried his head completely, “I don’t accept the 4% figure.”

Obsessed with this video shared by @implausibleblog of @BethRigby absolutely destroying Jeremy Hunt over Brexit for a full 6 mins.

He then has own 'had enough of experts' moment refusing to accept the OBR's forecast showing Brexit causing a 4% hit to GDP.pic.twitter.com/8AsIC4YpZM

Meanwhile, Washington looks on with a mixture of concern, bemusement, and frustration. In her video presentation to the Bridging the Atlantic, Amanda Sloat of the National Security Council diplomatically but pointedly reminded the UK.

President Biden has been very clear and consistent in his sustained support for the Good Friday Agreement.