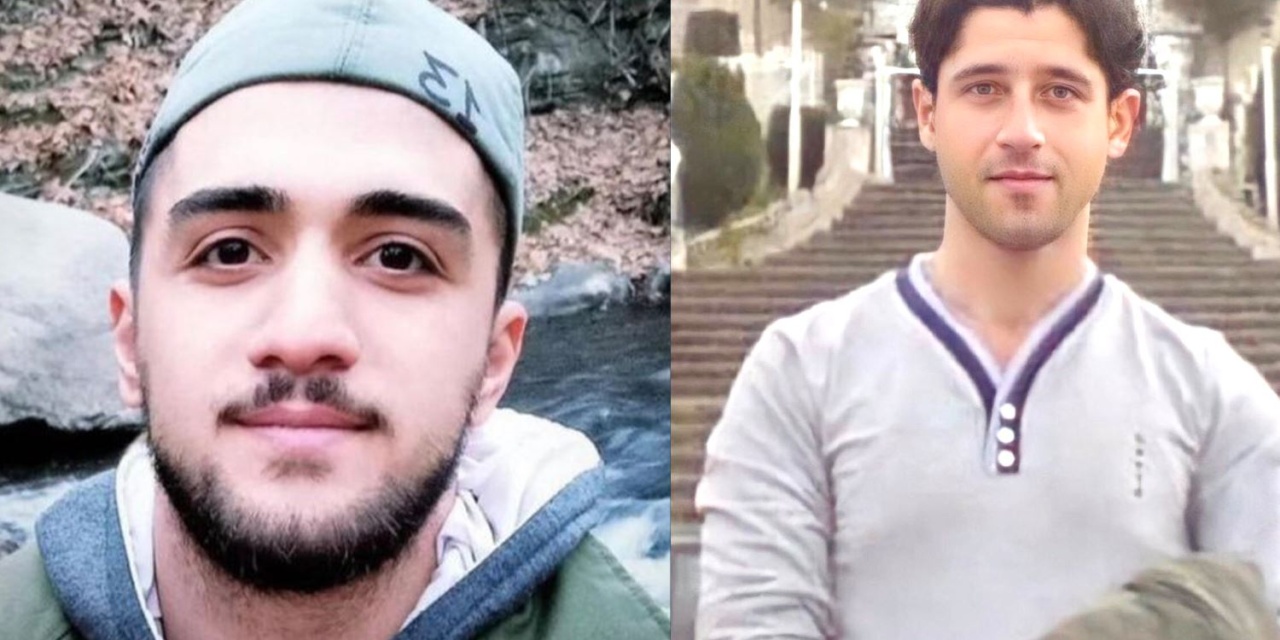 UPDATES: Iran Protests — The Regime is Killing and Detaining Athletes

Mehdi Beyk, a senior reporter for the daily Etemad, has been released on bail after six days of detention.

Beyk has interviewed the families of detainees during the demonstrations, including the father of executed protester Mohammad Mehdi Karami and the mother of a 15-year-old who was released on bail following the publication of the case in Etemad.

A crowd gathered again on Monday night outside the prison in Karaj, west of Tehran, to protest the threatened executions of Mohammad Ghobadlou and Mohammad Boroughani.

Mostafa Hosseini Tabatabaei, an 87-year-old scholar of Islam and the Quran, and seven of his students have been sentenced to a total of 28 years in prison.

A Revolutionary Court in Tehran sentenced Tabatabaei to eight years in prison. The other defendants were handed terms between two to five years.

Authorities have been antagonized by Tabatabaei criticism of the
interpretation of Islam in contemporary Iran.

He and his students faced 10 charges such as “denying the guardianship of Imam Ali”; “denying” the Guardianship of the Islamist Jurist, the foundation of the Supreme Leader’s rule; “opposing pilgrimages to shrines”; “accusing Shias of extremism”; “denying the clairvoyance” of Shia saints; and “rejecting” the Shia Twelver belief in the return of the Hidden Imam at the end of time.

Officials launched the case in 2018 with a raid on the home of Abdolhamid Asoodeh, one of the detained students and the administrator of Tabatabaei’s website, seizing about 20 hard disks and laptops and other electronic devices.

The students were kept in solitary confinement, denied clean clothes and their reading glasses, and pressed to sign “confessions” against Tabatabaei himself was not arrested along with his students in 2021.

Prominent sports journalist Ehsan Pirbornash has been sentenced to 18 years in prison.

His wife Behnaz Mirmotaharian tweeted on Tuesday, “Despite having a letter from the prison’s doctor stating that he is sick and could not tolerate imprisonment, and despite his innocence, Ehsan Pirbornash was sentenced today to 18 years in prison, of which 10 years will have to be served.”

Pirbornash, a reporter for the State-run sports newspaper Iran Varzeshi, was arrested on October 28 at his home in Tehran. His offense was to comment on social media about nationwide protests.

More than 70 journalists have been arrested since the start of the protests on September 16.

Lawyer Ali Sharifzadeh Ardakani has been arrested after reporting the torture of his client Seyed Mohammad Hosseini, who was executed last Saturday.

Ardakani was arrested and charged after a court summons in Karaj, west of Tehran. He was later released on bail.

The attorney’s “crime” was his statement that Hosseini was tortured until he confessed to involvement in the murder of a security officer.

Ardakani tweeted on December 18 that Hosseini told him of being tied up and abused by security agents:

He was tortured with his eyes closed and his hands and feet tied. They kicked his head until he was unconscious and they injured different parts of his body with an iron rod and an electroshock weapon.

Hosseini was rushed through three hearings in six days before the death sentence was imposed.

The UN’s Human Rights Commission says the Iranian regime is weaponizing the death penalty to intimidate the public and crush dissent.

The office added that execution of protesters without due process constitutes State-sanctioned killing.

Iranian authorities have executed four men, including two last Saturday, amid the 17-week nationwide protests. They are threatening further killings.

The office of the UN High Commissioner for Human Rights, Volker Türk, said:

Criminal proceedings and the death penalty are being weaponised by the Iranian government to punish individuals participating in protests and to strike fear into the population so as to stamp out dissent, in violation of international human rights law.

The Supreme Council of the Cultural Revolution has rejected any relaxation of compulsory hijab.

In a lengthy statement,the Council justified the ongoing crackdown on women with claims that Western societies have destroyed the family by promoting female sexuality.

Covering up causes a woman to be recognized in society by her thoughts and personality, not by her body and beauty.

This is the greatest service that religions, especially Islam, have given to women, which obliges her to observe hijab so that her dignity is preserved and she is not sold or passed around like a commodity.

The daughter of former Iranian President Hashemi Rafsanjani has been given a 5-year sentence for “propaganda” and “acts against national security”.

Faezeh Hashemi, a former lawmaker and women’s rights activist, arrested in September for “inciting riots” as protests spread over compulsory hijab and the death of Mahsa Amini — detained and reportedly beaten by “morality police” over “inappropriate attire” — in police custody.

Hashemi has been regularly targeted by the regime since the mass protests over the disputed 2009 Presidential election. In 2012, she was imprisoned for six months and banned from political activities for “anti state propaganda”. In March 2017, she was sentenced to six months on the same charge.

Four people have been given prison sentences of up to 10 years because they called for strikes amid nationwide protests.

The sentences are the first imposed over the strikes, closing factories and shops, during the 16 weeks of demonstrations

The judiciary did not identify the defendants, who were given sentences from 1 to 10 years.

Meanwhile, a crowd has gathered in Karaj, west of Tehran, amid fears that two more men will be executed soon.

People gathered outside Rajai Shahr Prison in Karaj last night after reports that Mohammad Ghobadlou (22) & Mohammad Boroughani (18) had been moved to solitary confinement ahead of their execution. Both were sentenced to death over recent protests in Iran.pic.twitter.com/4v7YFQepLH

On Sunday night there were protests over the executions in 10 Iranian cities, including Tehran, Isfahan, Qazvin, Bandar Abbas, and Sanandaj.

The judiciary said Monday that Saleh Mirhashemi, Majid Kazemi, and Saeed Yaghoubi were sentenced to death on charges of “war against God”. They were accused of involvement in the deaths of three security personnel in Isfahan Province in central Iran on November 16.

Professional footballer Amir-Nasr Azadani escaped the death penalty, but will serve 16 years of a 26-year sentence on three charge. Soheil Jahangiri was given a 2-year term.

Iran’s officials have imposed 17 death sentences during the 16 1/2 weeks of nationwide protests over rights, justice, and gender equality. Four men have been executed, including Mohammad Mahdi Karami and Seyed Mohammad Hosseini on Saturday. Two others have had their sentences upheld by the Supreme Court.

Iran’s authorities continue their crackdown on journalists, having arrested more than 70 since the start of nationwide protests on September 16.

Saeid Seyf-Ali, editor-in-chief of the Dideban Iran news site, is among the latest media personnel seized.

Photojournalist Yalda Moayeri has been sentenced to 6 years in prison and community work. She has been also banned from using a cellphone for 2 years. Moayeri was arrested while covering antiestablishment protests in Tehran. #Journalismisnotacrime pic.twitter.com/asDd078KRD

Ashtari had been the head of police since 2015. In his statement, Khamenei expressed “gratitude and satisfaction” with Ashtari’s service.

Radan was sanctioned by the United States in 2010 and then by the European Union over human rights abuse” in the suppression of mass protests after Iran’s disputed 2009 Presidential election.

Amid the 14th straight week of Friday protests in Zahedan in southeast Iran, the country’s top Sunni cleric has again challenged the regime’s repression.

Molavi Abdul Hamid said the use of forced confessions to convict detained protesters is un-Islamic.

Abdul Hamid, Zahedan’s Friday Prayer leader has been prominent in his criticism of the regime’s killing and abuse of demonstrators, as well as discrimination about the Sunni and Baluch minorities in Sistan and Baluchestan Province.

The cleric has said that Iranian officials, including the Supreme Leader, are responsible for the killing of innocents. Security forces have slain more than 100 worshippers and protesters in Sistan and Baluchestan, including more thn 90 in Zahedan on September 30.

After his Friday Prayer sermon, worshippers again rallied on the streets, calling for rights and justice.

The Iranian judiciary announced the killing of Mohammad Mahdi Karami and Seyyed Mohammad Hosseini early Saturday. Both were charged with involvement in the death of a Basij militiaman during protests in Karaj, west of Tehran, on November 3. The incident occurred during the 40th day ceremony for Hadis Najafi, slain by Iranian security forces on September 21.

The two men were sentenced in early December and the Supreme Court upheld the death penalties on Tuesday.

Both men said they were denied lawyers of their choice and were forced to “confess”.

On December 18, Karami’s parents of Mohammad Mehdi Karami spent hours practicing to record a 47-second message to officials, “We ask you to lift the death sentence.”

Last month after hasty trials, the regime hanged Mohsen Shekari and Majidreza Rahnavard and pledged the executions of more detainees.

Fourteen death sentences have been imposed so far. In addition to the four executions, two detainees have had their sentences confirmed by the Supreme Court. Two are awaiting the outcome of appeals, and six have been spared for now but face new trials.

Dozens of other prisoners are accused of “corruption on earth” and “waging war against God”, charges punishable by death.