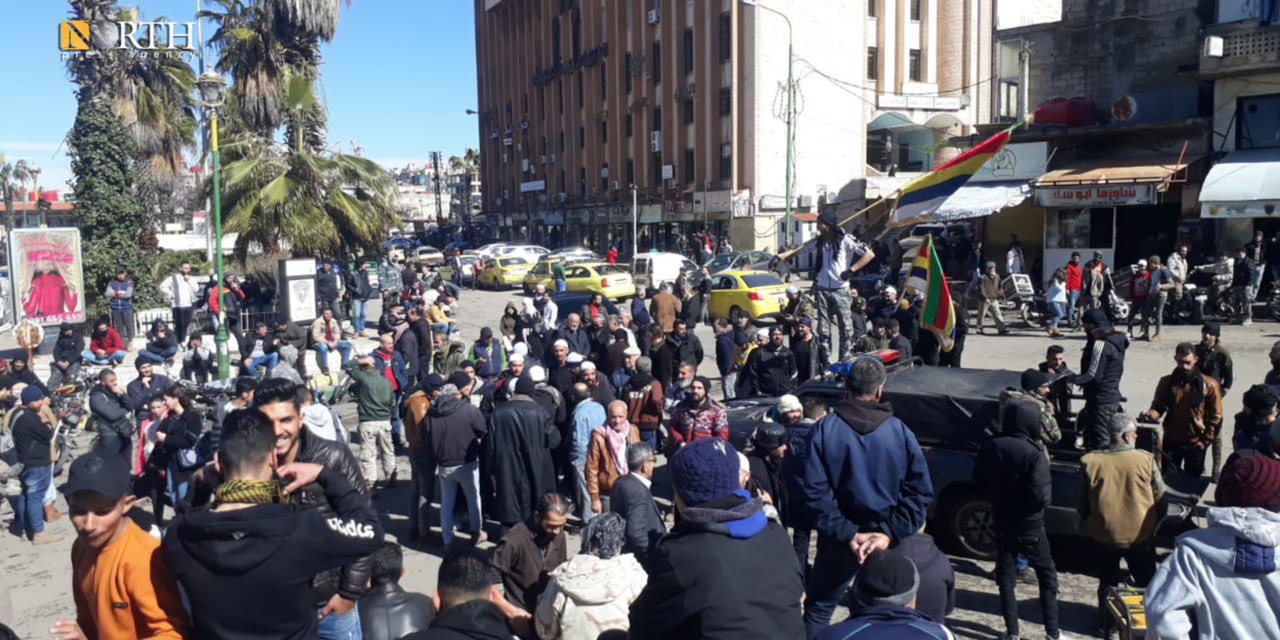 Protests are growing in the city of Suwayda in southwest Syria over economic conditions and subsidy cuts.

Sporadic rallies began more than a week ago in the mainly-Druze city. Residents, activists, and local officials said scores of residents gathered on Thursday.

Protesters chanted, “We want to live with dignity.” They waved the Druze flag and carried banners such as “There is nothing left for the poor”.

“We have been moved by the pain of our people and will continue our peaceful protest until our demands are met,” said one of the demonstrators, Hamed Marouf.

A rally on Sunday:

Facing shortages of fuel, the Assad regime has periodically raised petrol prices and cut subsidies. The measures have added to rampant inflation and cutoffs of electricity, with 60% of Syria’s population classified as “food insecure”.

At one point in Syria’s 11-year conflict, the regime lost up to 95% of Syria’s oil and gas fields. Russia enabled the recapture of some sites, but many in the northeast are under Kurdish control.

Damascus has relied on supplies from Iran, supported by billions of dollars in lines of credit; however, Tehran’s own economic difficulties restricted the funding.

While the regime has maintained control of Suwayda through Syria’s 11-year conflict, there have been periodic protests in the city over economic conditions, corruption, and forced conscription.

Witnesses said hundreds of regime security forces arrived in buses from Damascus on Thursday, as activists urged people to rally after Friday prayers.