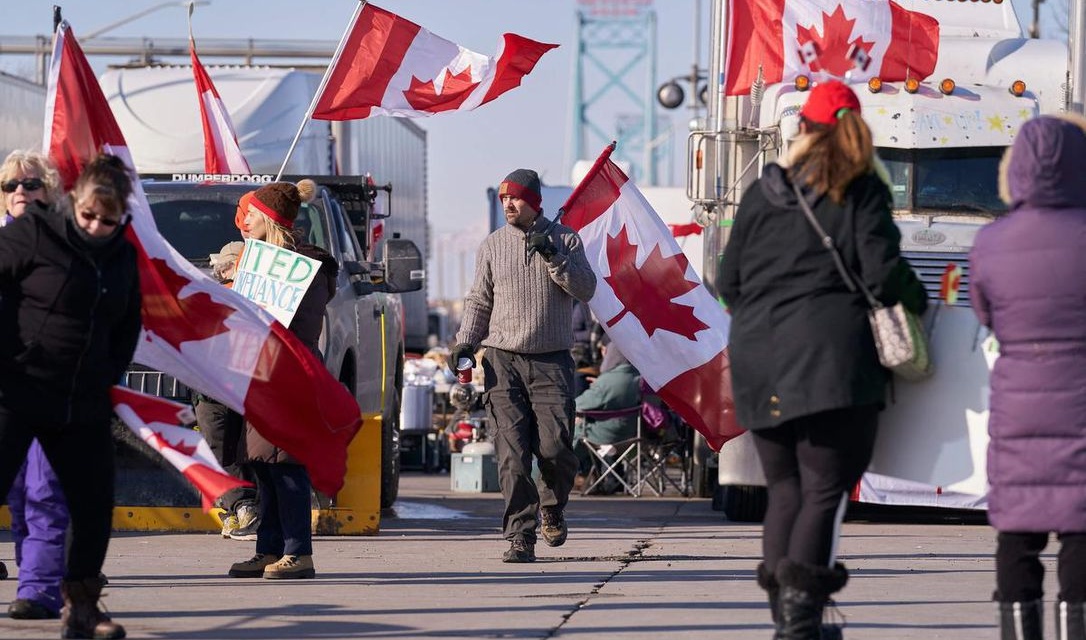 A group of Canadian truckers, challenging Coronavirus measures, have seized international attention amid demonstrations occupying Parliament Hill in the capital Ottawa and blocking major roads between the US and Canada.

The protests are by a loud minority, with the Canadian trucking association opposed and more than 90% of truckers vaccinated. However, the roadblocks are disrupting Canadian manufacturing and business, with automakers such as Ford, Honda, and Toyota suspending or considering suspension of production.

Who is behind the convoys?

I explained to China Radio International’s World Today the convergence of far-right activists, including from the US; anti-vaccination demonstrators; and Trumpists, using social media in their attempt to whip up demonstrations across the world.

You do not put on the same level playing field violence and non-violence.

You do not put on the same level playing field lies and truth.

I am sure that there were people with good intentions in these protests. But there are those who exploit the truckers, like activists who use them for disinformation and politicians who want to take power — rather than protect the health and security of all Canadians.