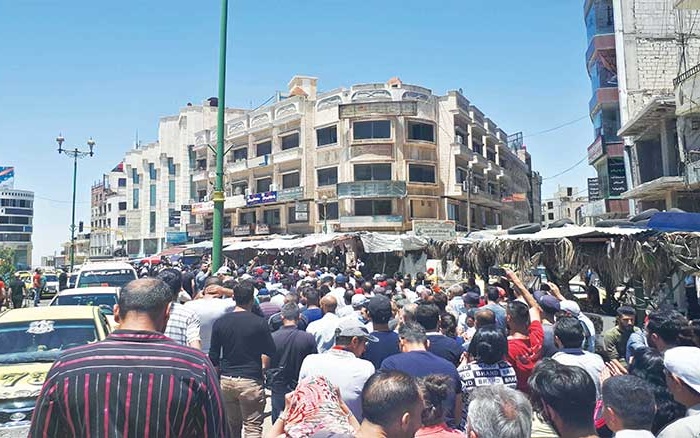 Protesters have turned out for a third straight day in Suweida Province in southeast Syria, challenging the Assad regime over political and economic conditions.

Local citizen journalists reported on demands for removal of Bashar al-Assad. A resident said the rally lasted for about an hour.

Security forces did not try to disperse the marchers. However, activist Rami al-Khatib was later detained.

The demonstrations began on Sunday. Hundreds of people in the mainly-Druze area marched towards the municipality building, chanting “Leave now, Bashar”, “The people want the fall of the regime”, and the “Syria is free, out with Russia…out with Iran.”

The rallies come on the eve of the 20th anniversary of Assad’s succession of his father Hafez. They are also being fed by complaints about regime corruption, and over inflation and shortages spurred by a collapse of the Syrian currency.

While the mainly-Druze populace of Suweida did not join the uprising, there has been tension between residents and the regime throughout the 111-month conflict. Local leaders and the populace have opposed forced conscription of men into pro-Assad forces.