Not With A Bang But A Whimper: The UK’s Brexit Facade Collapses 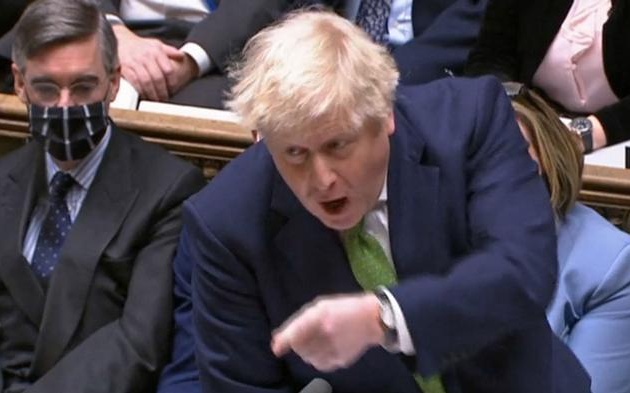 Co-published with the Center for Brexit Studies:

On New Year’s Day, Brexit’s customs arrangements came into effect on exports from the UK to the European Union.

The funny thing was that almost no one noticed.

Throughout last spring, summer, and autumn the Johnson Government had blustered and blasted that the customs line, particularly down the Irish Sea, must be withdrawn. Brexit negotiator David Frost told the House of Commons and the Conservative-friendly press that the EU must give way on tracking of goods, health and safety checks, and any role for the European Court of Justice. There were “Sausage Wars” and “Fishing Wars“, even as British manufacturers — and farmers and small businesses — suffered losses of their markets in Europe and in Northern Ireland.

See also The Brexit Paralysis of a Paralyzed UK Government

Leadership, or rather lack of it, played a part. Frost departed in mid-December. Rather than designate a successor, Foreign Secretary Liz Truss — looking to burnish her CV for a run at 10 Downing Street — took on the Brexit portfolio. Prime Minister Boris Johnson has been in hiding, behind his family and COVID isolation, from his latest scandal: the series of “Wine Time” parties as his constituents and the Queen were in lockdown, unable to see ill or dying relatives.

But more important was that the Government had finally exhausted its paucity of leverage. I wrote last summer that for all the bang and bombast, Johnson and Co. were in a cul-de-sac over the political, economic, and legal reality of trade arrangements. These are part of the Brexit agreement to prevent a hard border between Northern Ireland and the Republic of Ireland, and the EU was not going to sacrifice one of its members to save the Prime Minister’s fiction that the customs line did not exist.

It was left to Jonathan Powell, chief of staff to Prime Minister Tony Blair, to fill the void:

Down, Down, Deeper and Down

Foreign Secretary Truss postured, after an initial meeting last week with the EU’s Brexit negotiator Maroš Šefčovič that there is a “deal to be done“. She gave no substance for the declaration, although a joint statement said intensive discussions continue this week with the UK Government stepping back from Frost’s threats to suspend the Protocol.

This will be cold comfort to a country already in the throes of Brexit’s economic damage and facing even tougher times in the spring.

With Britain’s imports from Europe increasing, the UK deficit in goods and services was £9.3 billion in the three months up to November. Supply lines are still disrupted, and further unsettled by the regulations coming into force.

On top of this is the forthcoming energy shock. A series of UK providers have gone to the wall amid the surge in natural gas prices. The remainder will be saved by a rise of the cap on charges, but that is likely to mean an increase of at least 50% in bills for for consumers. UK inflation — already at 5.4% in December, the highest annual rate since 1992 — will soar further.

Some will gain political advantage. With Johnson AWOL, Chancellor Rishi Sunak is meeting business and financial executives to consider the situation. Truss is reportedly lining up allies to give Boris the final push out of Number 10. But for those with no aspirations to be Prime Minister, there is only economic downturn and possible hardship, with 6.3 million households facing “fuel stress”.

The boom and bang of headlines will grow louder in the political drama over if and when Johnson falls.

But after the parties, there will be the whimpering hangover. Whoever occupies Downing Street is tangential: the Government no longer can make noise to cover up the economic cost which it has denied for more than 5 1/2 years.

On Wednesday, Johnson floundered in Prime Minister’s Questions as a Conservative MP defected to Labour and former Minister David Davis invoked a famous line from Conservative MP Leo Amery to Neville Chamberlain in 1940, “In the name of God, go.”

It was French President Emmanuel Macron — the bête noire of die-hard Brexiteers and right-wing tabloids — who offered a glimmer of hope. He said that France’s Presidency of the European Council should strengthen UK-EU relations after Brexit. Britain would have to meet treaty obligations, but cross-Channel ties were “essential for the future“.

In London, almost no one noticed.