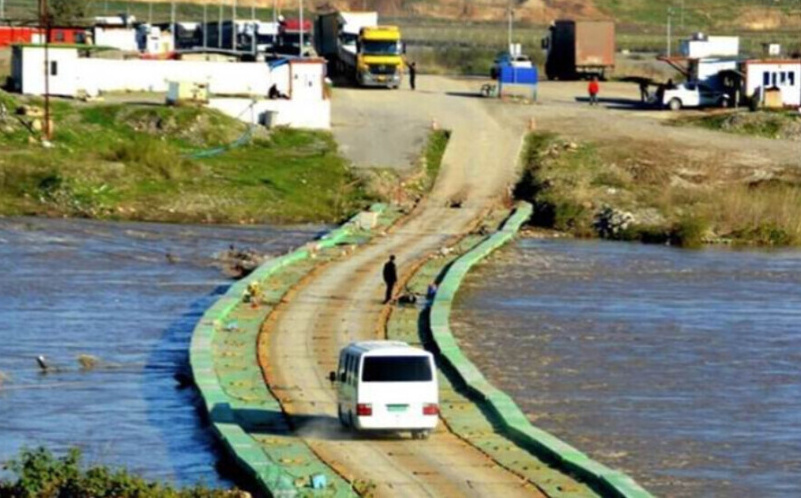 The Kurdish administration in northeast Syria could lose monthly revenues of tens of millions of dollars from oil trade, following the closure of the border by the regional government in Iraqi Kurdistan.

The closure began in mid-December after Iraq’s Kurdish Regional Government said border guards were injured in clashes with supporters of the Syrian Kurdish Democratic Union Party (PYD) near the Fishkhabour-Semalka crossing.

While the Iraqi authorities opened another crossing to allow international aid workers to leave Syria, the border shutdown has interrupted the movement of basic commodities as well as oil.

The Syrian Kurdish area already faces difficulties because of the country’s economic crisis, including shortages of food, electricity, and supplies and a Syrian pound which has lost more than 90% of its value during Syria’s 130-month conflict.

The Autonomous Admin of NE Syria is already under immense financial strain due to the rapid depreciation of the Syrian Lira, which led the AA to double public sector salaries to compensate for the crash & last year's drought, which cut wheat production in the region by 75%.

The Fishkhabour-Semalka crossing over the Tigris River has been closed several times since 2013 amid disputes between Syrian and Iraqi Kurdish factions. The December clashes wounded six Iraqi border guards. They occurred amid protests demanding that the Iraqi Kurdish government hand over the bodies of four Syrian Kurdish fighters killed in Turkish airstrikes — targeting the Turkish Kurdish insurgency PKK — in northern Iraq.

On Tuesday, a delegation from the Syrian Kurdish National Council — a rival of the PYD — met the US representative for northeast Syria, Matt Perl, to criticize “the violations practiced by armed groups affiliated with the Democratic Union Party (PYD) against the Council and its supporters, which recently caused the closure of the Semalka crossing”.

According to the KNC’s outlet, Perl said the US “seeks to open the crossing and maintain it for use in the economic and humanitarian field without involving any other issues”.