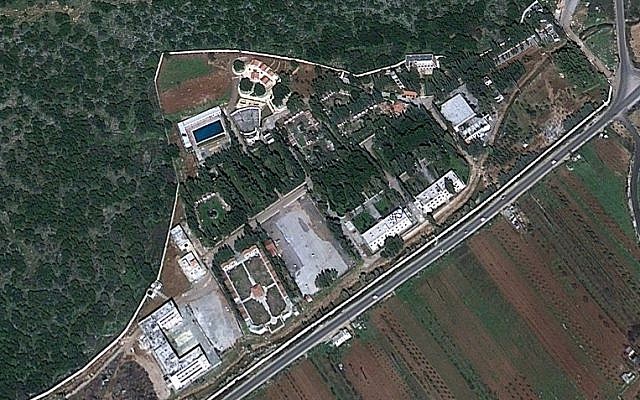 Israel’s airstrikes on June 8 inside Syria were on chemical weapons facilities, following intelligence of the Assad regime’s resumption of its program.

The Washington Post, citing “current and former intelligence and security officials”, adds detail to the initial accounts of the Israeli attacks near Syria’s capital Damascus and the city of Homs in the center of the country.

Assad’s military acknowledged the strikes, while saying there were no casualties. Local sources established that seven regime troops were killed, including a colonel.

Israel has periodically struck throughout Syria’s 129-month conflict, targeting Iranian links with Lebanon’s Hezbollah, including the supply of weapons and equipment, and pressuring Tehran to withdraw its forces and foreign militias. Targets have also included the regime’s chief conventional and chemical weapons complex, the Scientific Studies Research Center.

“Intelligence analysts in Western capitals” noted that the the June 8 operation was distinctive in its targeting of the Assad chemical weapons program. Israeli officials then explained the motive: blocking the regime from restart the production of nerve agents.

The Organization for the Prohibition of Chemical Weapons repeated at the start of December that the regime is not fully declaring its chemical weapons stocks and facilities. Assad officials have moved vital evidence, including chlorine canisters involved in an April 2018 attack near Damascus that killed 43 people, and prevented OPCW inspectors from entering the country.

A week later, the US imposed sanctions on Assad officials involved in the chemical weapons program.

Intelligence officials said Israeli agencies noted in 2019 that Assad’s military had imported a key chemical that can be part of the process for sarin. The Assad regime used the nerve agent in attacks such as the strikes near Damascus that killed more than 1,400 people in August 2013, and on Khan Sheikhoun in northwest Syria killing about 90 people and injuring hundreds in April 2017.

Operatives also spotted activity at multiple sites that indicated a reconstruction of the chemical weapons program.

On March 5, 2020, Israeli warplanes targeted a villa and compound southeast of Homs. The strike tried to impede TCP, a chemical which has non-military uses but which can also be converted into phosphorous trichloride, a precursor for sarin. The TCP had been delivered to the regime’s Branch 450, a division of the Scientific Studies and Research Center overseeing the chemical weapons program.

Intelligence intercepts found additional sites. Their findings intersected with the OPCW’s escalating concern about the regime’s lack of disclosure and its obstruction.