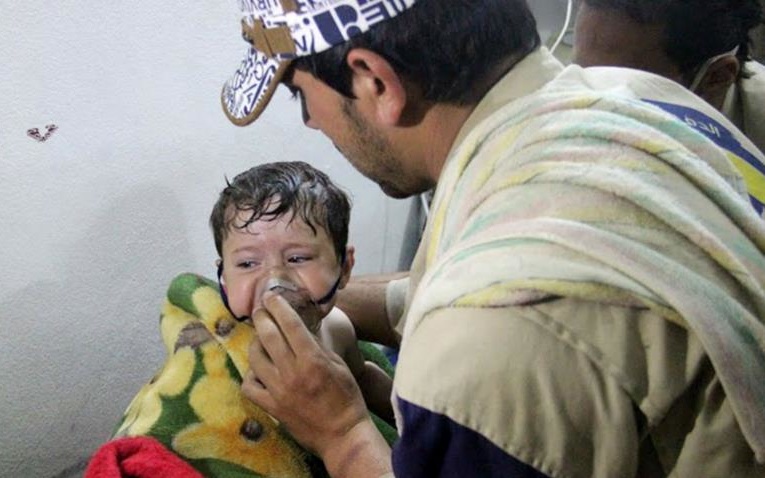 The Organization for the Prohibition of Chemical Weapons says Syria’s Assad regime still has not fully declared its chemical weapons stocks, after more than eight years of deadly sarin and chlorine attacks against civilians.

OPCW Director-General Fernando Arias told the Conference of State Parties meeting on Monday that the regime is still withholding information about its stockpile and is still not allowing inspectors into the country.

In April, the regime was stripped of its voting rights at the OPCW after it refused to comply, following investigations confirming more of its sarin and chlorine assaults. Six months later, Arias reconfirmed the failure of the regime to comply over stocks, facilities, and inspection.

The Director-General, who was confirmed for a second term by the CSP meeting, said on Monday that the regime has not implemented any required measures, and that its statements “cannot be considered accurate and complete”. He said he is preparing for a discussion with the regime’s Foreign Minister Faisal al-Mikdad over the issue.

The OPCW has pointed to the regime’s responsibility in 17 attacks. There have been formal conclusions over sarin releases in spring 2017 in northwest Syria, including an April 4 strike on Khan Sheikhoun that killed about 90 people and wounded hundreds.

The Assad regime also used sarin to kill more than 1,400 people near Damascus in August 2013. The OPCW could not investigate the deaths because Syria was not a party to the Chemical Weapons Convention. Trying to block any military pressure on Assad, Russia arranged the regime’s entry into the Convention. However, the Assad military continued chemical strikes until it faced retaliatory airstrikes by the US, France, and the UK over its April 2018 chlorine attack on Douma near Damascus — an assault that killed 43 people in a residential building.

The Global Public Policy Institute has documented the Assad regime’s culpability for more than 300 chemical attacks since 2013.