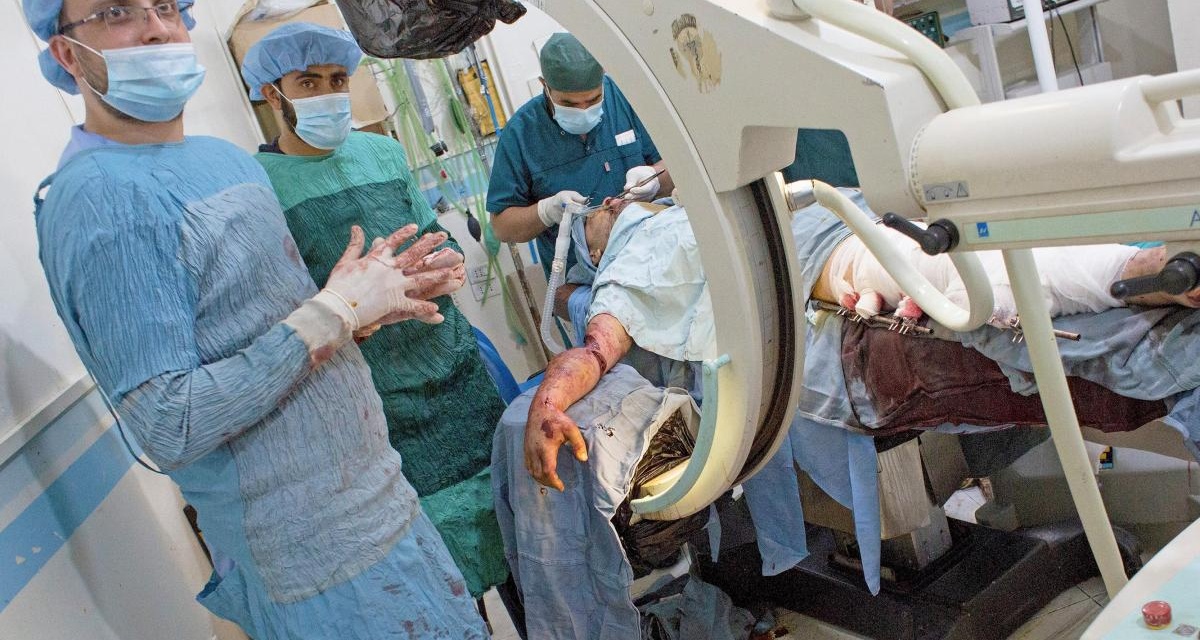 Physicians for Human Rights documents the mass detention of Syria’s health care workers by the Assad regime in 2011-2012.

PHR analyzes 1,685 detentions of 1,644 personnel. They include members of a medical team, several of whom died in prison, that operated in Aleppo in 2012.

See also Syria and Beyond Opinion: Killing the Doctors

The chances of release for a medic detained for their expertise were 91% lower. Those of being forcibly disappeared were 550% higher, and the chance of dying in detention 400% higher, compared to personnel detained for political reasons.

The UN estimates that Assad regime has arbitrarily detained or forcibly disappeared at least 100,000 people, including thousands of health care workers.

Russia and the Assad regime have systemically destroyed health care facilities in opposition areas, bombing almost all hospitals and clinics in Idlib and Aleppo Provinces.