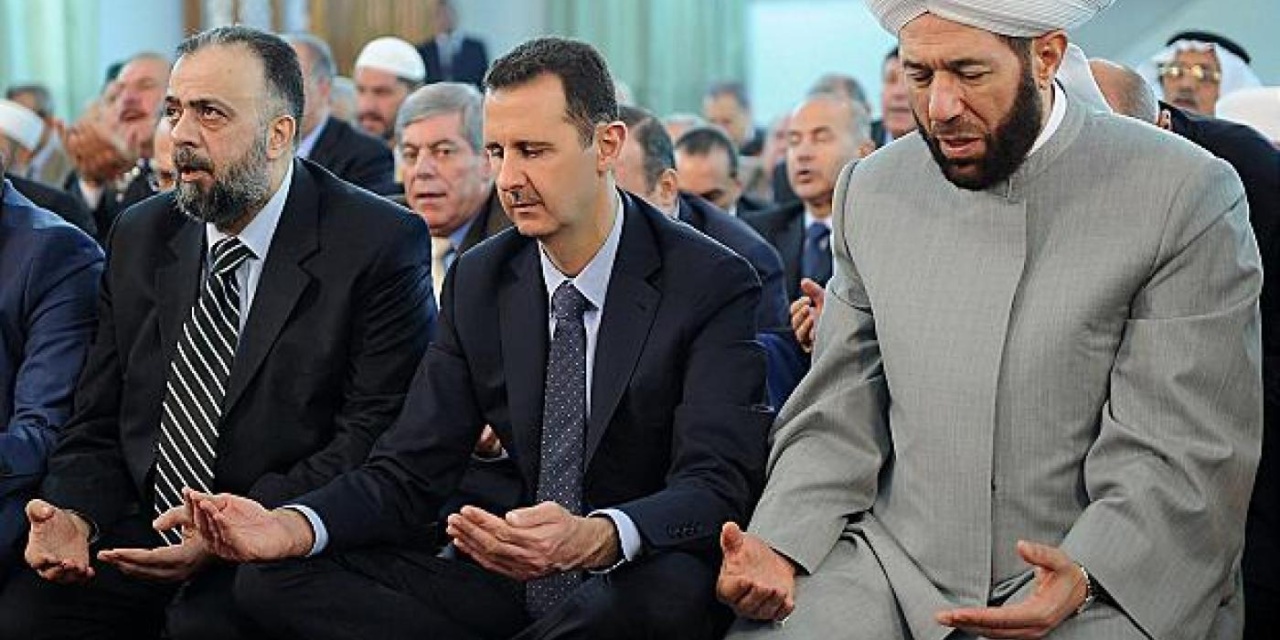 Asserting its control over religion in Syria, the Assad regime has removed the leader of the Sunni Muslim faith, the Grand Mufti, and eliminated the office.

The pretext for the dismissal of the Grand Mufti, Sheikh Ahmad Hassoun, was his eulogy at the funeral of the famous Aleppo singer Sabah Fakhri on November . The cleric claimed that Allah created humankind in Syria, that the map of the country was found in the Qur’an’s verses about a fig tree, and that Syrian refugees will be damned.

But this was only the culmination of a process of regime takeover that began in 2018. Its Law 31 changed the Mufti’s life tenure to a three-year term. The cleric’s legal prerogatives were transferred to a State office chaired by the Religious Endowments Minister.

Hassoun had acted as an effective token for the regime since he was appointed Grand Mufti in 2005. Indeed, his selection was more because of his position as an Assad loyalist, having served in the People’s Assembly in the 1990s, rather than any esteem among the Sunni Muslim elite. During his tenure, he bolstered Assad’s “secular” posture by adopting the same term for himself, emphasizing common ground between Islam and Christianity, and adopting rhetoric which was accommodating of Shia Islam.

Amnesty International detailed Hassoun’s role in the regime’s deadly repression of the Syrian uprising from March 2011. The Grand Mufti approved the executions of thousands of detainees in Sednaya Prison near Damascus.

He bolstered the regime’s approach by upholding repression in other countries, criticizing the internally displaced and refugees. He downplayed the Myanmar military’s persecution of Rohingya Muslims, saying the number was “exaggerated”: “These ‘450,000 refugees’ is repeated at least 100 times in one day.” He added that the Rohingya were a “security threat” to India.

But Hassoun overstepped with his business partnership with Rami Makhlouf, Assad’s cousin and once a billionaire tycoon. As Makhlouf’s assets were seized in 2020 in an internal power struggle, rival Sunni clerics moved against the Grand Mufti. When news spread of Hassan’s eulogy at the Fakhri funeral, Religious Endowments Minister Mohammed Abdel Sattar al-Sayyid — a leading figure among the conservative Sunni clergy — acted quickly to denounce Hassoun and then abolish the position of Grand Mufti.

Syria’s main opposition, based in Turkey, have responded in turn by naming the exiled Sheikh Osama al-Rifai as the Grand Mufti. The Syrian Islamic Council emphasized a religious status which existed before the Ba’ath Party’s takeover of Syria in 1963, with eminent scholars retaining some political independence.