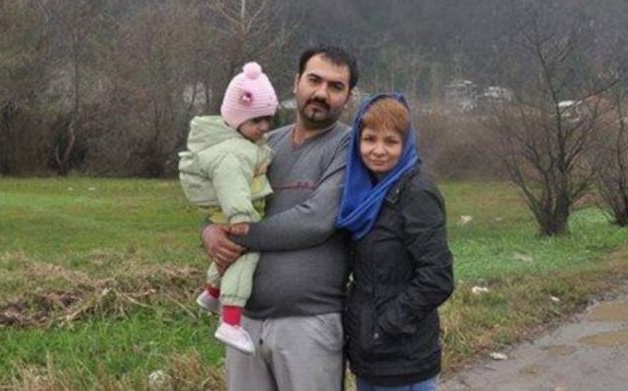 Photojournalist Soheil Arabi has been condemned to two years of internal exile in Iran after his release last week from almost eight years in prison.

Reporters Without Borders (RSF) condemned the Iranian judiciary’s “unrelenting persecution” of Arabi, who was reportedly mistreated and tortured behind bars. He was freed on Tuesday, only to be sent to Borazjan in southern Iran, more than 1,000 km (620 miles) from his Tehran home.

Arabi was arrested in Tehran in late 2013 and convicted of “insulting the Prophet Muhammad” on Facebook. He was sentenced to death in 2014, but the capital punishment was overturned before a sentence of 7 1/2 years was imposed.

RSF said Arabi was abused in an attempt to force a “confession” over creation of a Facebook network posting blasphemous messages and spreading information critical of the regime. He was moved from prison to prison, with long periods in solitary confinement, and further tortured when he acted as a spokesman for inmates denouncing prison conditions.

Last month, Arabi’s mother Farangis Mazloom was notified that she will have to serve a one-year prison sentence for speaking out about the treatment of her son.

Arabi was awarded the RSF Press Freedom Prize in the citizen-journalist category in 2017.

Iran is second in the world for detention of journalists per capita, and is ranked 174th out of 180 countries in RSF’s 2021 World Press Freedom Index.

The head of RSF’s Iran-Afghanistan desk, Reza Moini, said the regime “does not content itself with arresting and jailing its citizens arbitrarily but also gives them ‘complementary sentences’ in order to silence them forever”.