UPDATE: US Personnel in Iraq and Syria Targeted in Rocket Attacks by Iran-Backed Militias 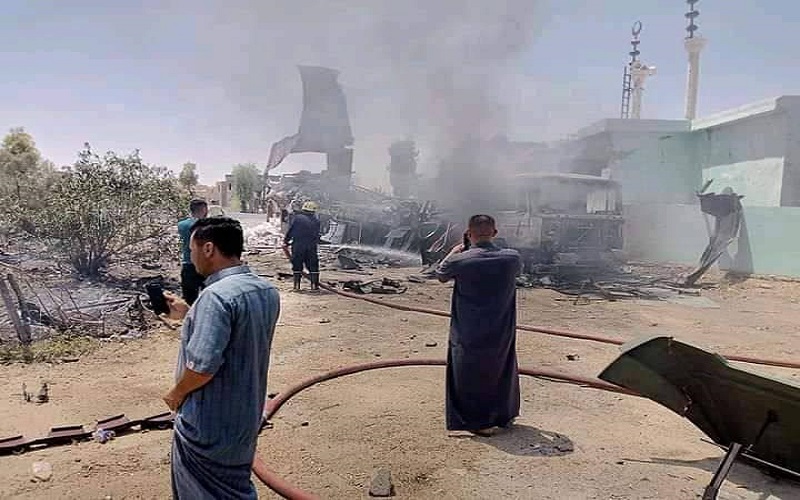 US forces in eastern Syria have again been targeted in an “indirect fire attack”.

A “US defense official” said the fire on Saturday was near the Conoco oilfield in Deir ez-Zor Province, guarded by the Kurdish-led Syrian Democratic Forces and American personnel.

There were no casualties.

ORIGINAL ENTRY, JULY 8: US diplomats and troops in Iraq and Syria were targeted in three rocket and drone attacks from Tuesday to Wednesday, including at least 14 rockets striking an Iraqi airbase with US forces.

Two US troops were injured in the escalation of assaults, likely by Iran-backed militias. The American personnel were deployed on the Ain al-Asad airbase in western Iraq. One suffered a concussion and the other had minor cuts.

The militias vowed retaliation after US missiles were fired on three positions of the Kata’ib Hezbollah and and Kata’ib Sayyid al-Shuhada groups along the Syria-Iraq border on June 27, killing four fighters. The factions have fired rockets on Iraqi bases with American personnel for years.

A day after the US strikes, the militias carried out a drone attack near the Al-Omar oil field in eastern Syria. There were not casualties or damage.

Two rockets were fired at the US Embassy inside Baghdad’s Green Zone early Thursday. The embassy’s anti-rocket system diverted one of the rockets and the second fell near the zone’s perimeter. The US military said it downed a drone flying above the embassy.

On Tuesday, a drone attacked a US base at Erbil Airport in northern Iraq, and three rockets struck the Ain al-Asad base on Monday.

The latest assaults came amid a trip by the intelligence head of Iran’s Revolutionary Guards, Gen. Hossein Taeb, to Iraq on Tuesday.

Taeb conferred with officials from the Popular Mobilization Units, which included the Iran-backed militias, and from other Iraqi armed factions. The general reportedly also met with Iraqi Prime Minister Mustafa Al-Kadhimi on Tuesday evening.