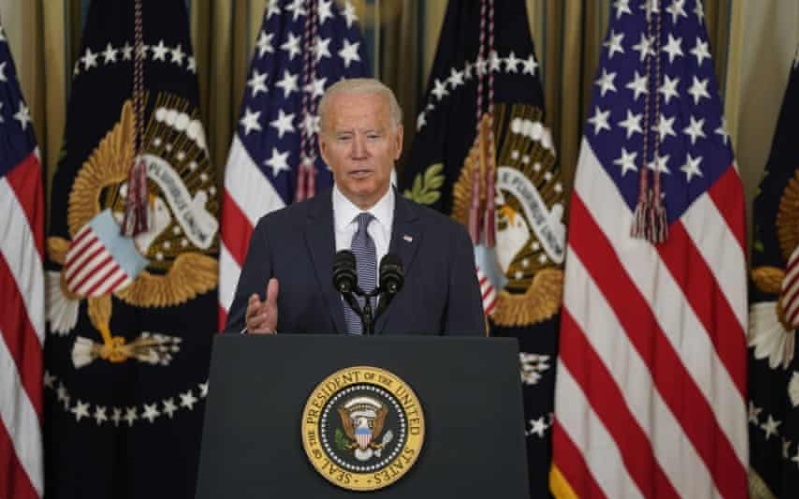 Biden said as he signed the order:

The heart of American capitalism is a simple idea: open and fair competition….

Competition keeps the economy moving and keeps it growing. Fair competition is why capitalism has been the world’s greatest force for prosperity and growth.

The President cited prescription drugs: “A handful of companies control the market for many vital medicines, giving them leverage over everyone else to charge whatever they want. As a result, Americans pay two and a half times more for prescription drugs than in any other leading country, and nearly one in four Americans struggles to afford their medication.”

He mentioned hearing aids that cost thousands of dollars, and more than 65 million Americans living in an area with only one high-speed internet provider, paying up to five times more than those with multiple services.

Biden summarized, “All told between rising prices and lowering wages, lack of competition costs the median American household $5,000 a year.”

The President gave three examples of immediate action. The Food and Drug Administration will work for safe import of vital prescription drugs from Canada, and it will set rules for supply of hearing aids over the counter. “Non-compete” clauses for “ordinary workers” — “done for one reason: to keep wages low” — will be challenged.

The White House is also seeking to restore net neutrality rules that were scrapped during the Trump Administration. Further recommendations include a requirement for airlines to disclose “add-on fees” for seating and baggage, with an easier process for customers to get flight refunds, and a mandate for banks to allow customers to move transaction data when they switch to another financial institution.

And the order calls for greater scrutiny of acquisitions by major technology companies, especially those of start-up rivals.

The order is likely to face legal resistance from large firms. In late June, a federal court dismissed antitrust cases against Facebook by the Federal Trade Commission and state Attorneys General.