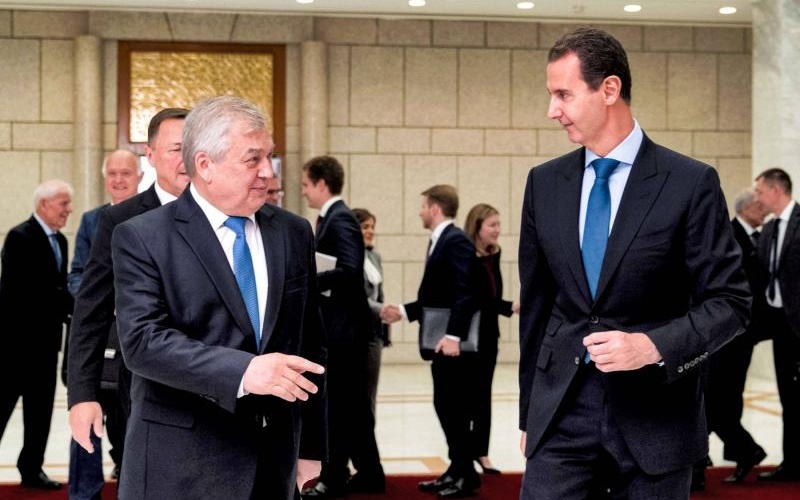 Syrian State news agency SANA gave no details, saying only that the Russian delegation and Assad discussed the expansion of “strategic relations”. It referred to “the latest situation in the region”, “terrorism”, and “sanctions”.

The summary also referred to the Russian-led Astana process, pursued with Turkey and Iran since January 2018, and the UN-brokered talks for a Constitutional Committee.

Both initiatives have been stalled for months, with Assad and his inner circle insisting on a priority of dealing with “terrorism” — the umbrella terms for opposition groups — and “sovereignty”, rejecting any political resolution in which Assad would step aside or limit his power.

The immediate context for Thursday’s meeting is Russia’s threat to cut off the last aid crossing into opposition-held northwest Syria, and to prevent the reopening of a crossing from Iraq into Kurdish-controlled northeast Syria.

Russia is also expanding its permanent Hmeimim airbase in western Syria, extending a main runway and bringing in additional advanced warplanes. The base has been the center of Moscow’s military invention from September 2015, which prevented the collapse of the Assad regime.

Meanwhile, regime-held areas of Syria are in economic crisis, with shortages of food, electricity, fuel, and other essential goods.