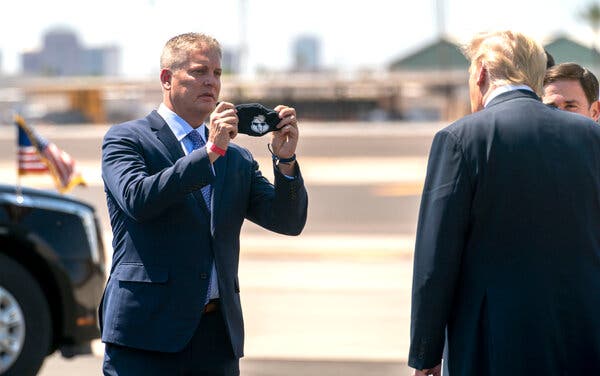 How did the Republican leader of Arizona’s Maricopa County avoid pressure from Donald Trump to overturn the November election?

Clint Hickman was the chairman of the Board of Supervisors in the county, Arizona’s most populous which includes Phoenix. The Trump camp and its supporters focused on Maricopa to overturn Biden’s 10,457-vote margin winning Arizona’s 11 electoral votes. Officials confirmed a Biden lead of about 45,000 ballots in the county.

Hickman said on Friday that he escaped the fate of counterparts in Georgia, where Trump repeatedly called officials including Secretary of State Brad Raffensperger, in late December and early January, “I told people, ‘Please don’t have the President call me.’”

The chair of the Arizona Republican Party, Kelli Ward, tried to connect Trump and his allies with other county officials. She told Hickman on November 13, the day after confirmation of the Maricopa vote total, that Trump would probably call.

The White House operator first tried on December 31 as Hickman was having dinner with his wife, saying Trump wanted to speak with him. The operator tried again on January 4, after Hickman had read a transcript of Trump’s demand that Georgia’s Secretary of State Brad Raffensperger “find me 11,870 votes” to take the state from Biden.

Hickman recalled, “I had seen what occurred in Georgia and I was like, ‘I want no part of this madness and the only way I enter into this is [if] I call the President back’.”

Trump’s attorney Rudy Giuliani also tried to call Hickman and the three other Republicans on the Board of Supervisors.

Trumpists are still trying to reverse November’s outcome. The Republican-controlled State Senate ordered an audit of all 2.1 million votes in Maricopa. Experts and officials from both parties have noted serious problems with the review by unqualified auditors. Earlier this week Maricopa County’s election officials said the voting machines have been compromised and cannot be used again.

Liz Harrington, a Trump spokeswoman, responded to Hickman’s revelation with the unsupported claim of fraudulent votes: “It’s no surprise Maricopa County election officials had no desire to look into significant irregularities during the election.”