Iran’s President Rouhani: Parliament to Blame for US Sanctions and Nuclear Talks Failure 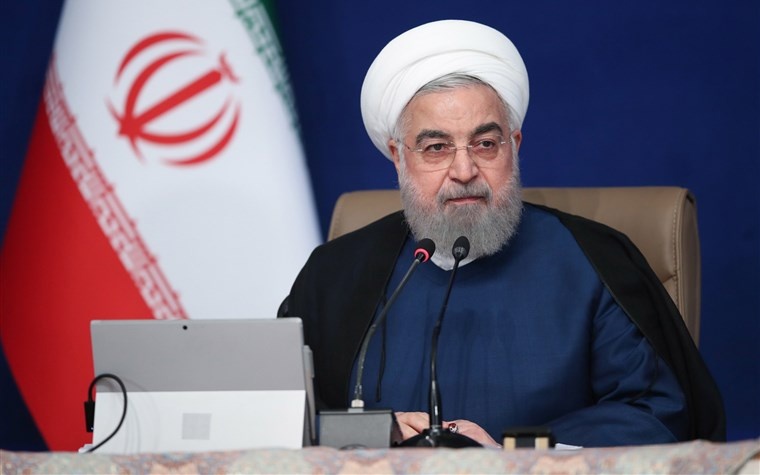 Iran’s President Hassan Rouhani (pictured) has blamed Parliament for failure to resolve the nuclear issue and lift US sanctions earlier this year.

Rouhani said on Sunday that a Parliamentary bill last December, mandating uranium enrichment breaking the terms of the 2015 nuclear deal, had tied the Government’s hands.

The legislation required Iran’s return to 20% uranium enrichment, barred under the agreement with the remaining 5+1 Powers (UK, France, Germany, China, and Russia). Tehran has also produced 60% uranium, which can potentially be further enriched to military-grade 90%, for the first time.

Rouhani has again criticised the parliament for passing a law in Dec 2020 that he said prevented the lifting of sanctions in March despite #Iran & the P5+1 "reaching an agreement".

He described the law as "our 9/11" – referring to the Iranian date of its drafting. pic.twitter.com/N4LCjtb0WI

Rouhani steps down from the Presidency on August 3, giving way to the hardliner Ebrahim Raisi, backed by the Supreme Leader’s office in selected in June’s managed Presidential election.

Tehran has been in talks with the 5+1 Powers since April, looking for US re-entry, the lifting of American sanctions, and Iranian compliance with terms.

However, the discussions have been paused for the inauguration of the Raisi Government. There are signs that the new Administration will step back from the point reached by the talks, said to be near the “closer to the end of the road” by Iranian officials last month.