Iran: “Closer to the End of the Road” in Nuclear Talks 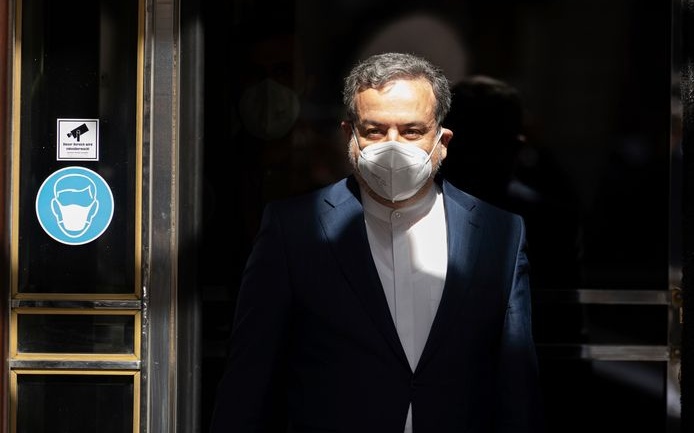 Iran’s lead negotiator says talks on renewing the 2015 nuclear deal are “closer to the end of the road”.

But Deputy Foreign Minister Abbas Araqchi put the onus on the US for “guarantees” that it will not leave the agreement, as the Trump Administration did in May 2018, and reimpose comprehensive sanctions.

Araqchi made his remarks after Sunday’s adjournment of the sixth round of discussions in Vienna, brokered by the European Union and including the other powers in the deal (UK, France, Germany, China, and Russia). The negotiations are seeking US re-entry to the deal, the lifting of American sanctions, and Iran’s return to compliance including the rollback of 20% and even 60% enriched uranium.

We’ve made a good progress….Many texts are ready and those that are not, have a certain status that clearly shows differences. This helps decision makers to see what stage of decision-making they are at….

We’ve come a long way and we’re now closer to the end of the road.

He continued, “We need to have a guarantee that ensures us what the previous US administration did — i.e. exiting the JCPOA [Joint Comprehensive Plan of Action] and reimposing sanctions — would not happen again. Without such a guarantee, returning to the deal won’t be possible for us.”

It’s not unlikely that the next round of the talks in Vienna to be the final round. We need to see if all parties make their decisions or not.

The mediator of the talks, the European Union’s Enrique Mora, did not say when talks will resumes. However, he echoed the Iranians with the statement progress had been made and participants will have a clearer idea of completion after they return from consultations in home capitals.