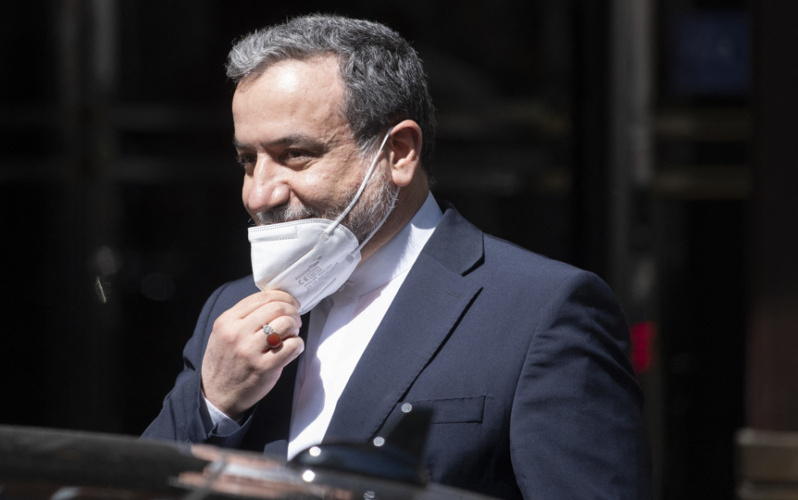 US officials are putting pressure on Iran to return to nuclear talks, telling The Wall Street Journal that tougher sanctions on Iranian oil sales to China are being planned.

The sanctions would target shipping companies. They would be implemented if the Vienna discussions break down, the officials say.

China is Iran’s leading oil customer. After a sharp drop in imports amid comprehensive US sanctions from November 2018, Beijing has revived purchases in recent months. In addition, Iran is reportedly moving oil to China through the “gray market”, taking tankers out of GPS tracking.

Iran’s lead nuclear negotiator, Deputy Foreign Minister Abbas Araqchi, has confirmed that Tehran will not return to the Vienna talks before the Presidential inauguration of Ebrahim Raisi in early August.

We're in a transition period as a democratic transfer of power is underway in our capital. #Vienna_talks must thus obviously await our new administration. This is what every democracy demands. 1/2

Araqchi claimed that the US was linking a swap of detainees to the talks, declaring, “TEN PRISONERS on all sides may be released TOMORROW if US&UK fulfill their part of deal”.

State Department spokesman Ned Price responded, “These comments are an outrageous effort to deflect blame for the current impasse. We stand ready to return to Vienna to complete work on a mutual return to the JCPOA once Iran has made the necessary decisions.”

Iran has notified the European Union’s coordinator that it will not return to nuclear talks until August, after the inauguration of President-elect Ebrahim Raisi.

A “senior US official” confirmed the Iranian notice, with a “Western official” saying the resumption of discussions is not expected before mid-August.

State Department spokesman Ned Price said, “We are ready to go if and when the Iranians signal they are as well….[But] this process is not indefinite….There will come a point where our calculus will change.”

Foreign Minister Mohammad Javad Zarif has expressed caution about the renewal of the 2015 nuclear deal under the incoming administration of President-elect Ebrahim Raisi.

In a 262-page report for Parliament, Zarif wrote of achievements in the Vienna talks, with hope that the process can be “completed” under Raisi, who was selected for the Presidency in June and takes office in early August.

But he noted, “Achieving an agreement requires courage and readiness to sacrifice reputation and prioritise national interests over personal interests.”

ORIGINAL ENTRY, JULY 11: Amid the transition to the Presidency of hardline cleric Ebrahim Raisi, backed by the Supreme Leader’s office, Iranian officials are reviewing the state of the nuclear talks with the US and the other 5+1 Powers (UK, France, Germany, China, and Russia).

The sixth round of talks in Vienna adjourned on June 13, five days before Raisi’s victory in the managed Presidential election. The discussions are pursuing US re-entry into the 2015 nuclear agreement, the lifting of American sanctions, and Iran’s return to compliance, including the rollback of enrichment of 20% and even 60% uranium.

Just after the adjournment, Iran’s lead negotiator, Deputy Foreign Minister Abbas Araqchi, said the talks were “near the end of the road” and an agreement could come in the next round.

However, since then Iran has threatened to terminate its agreement with the International Atomic Energy Agency on inspection of nuclear sites. The provisions expired on June 24.

When Will Supreme Leader Act?

An Iranian committee reviewing the talks now has two Raisi representatives. One is Ali Baqeri-Kani, deputy nuclear negotiator from 2009 to 2013 under the hardliner Saeed Jalili. There is speculation that Baqeri, who is related to the Supreme Leader by marriage, may become Foreign Minister when Raisi is inaugurated in early August.

The other members of the committee are Araqchi; SNSC Secretary Ali Shamkhani; the head of the Atomic Energy Organization, Ali Akbar Salehi; the second Deputy Parliament Speaker Abdolreza Mesri; the Chairman of Parliament’s National Security and Foreign Policy Committee Vahid Jalalzadeh; and Mojtaba Zolnour, the Parliament committee head until June 21.

In his first speech after selection as President, Raisi echoed the Supreme Leader’s line that all US sanctions must be lifted, without making any statement about Iran’s return to compliance. He also emphasized that there can be no consideration of issues over the region and the Iranian ballistic missile program.

However, analysts believe that Iran, which is in the midst of serious economic problems, will not leave the talks without a deal.

An Iranian official told journalist Laura Rozen, “I don’t know when all sides are ready to resume the talks. I know that my colleagues…are working hard to conclude the discussions so as to return to Vienna as soon as possible.”

US State Department spokesman Ned Price said at a briefing on July 6:

I would need to direct you to the Iranians for feedback on their consultations….

Nothing is certain in the world of diplomacy, but I think we have every expectation that there will be a seventh round of talks at the appropriate moment…and our team looks forward to being engaged in that next round of talks when it does begin.

Outgoing Iranian President Hassan Rouhani indicated last week that the timing is up to the Supreme Leader: “We can make a decision this week and end [the sanctions]. Or they can continue for months.”