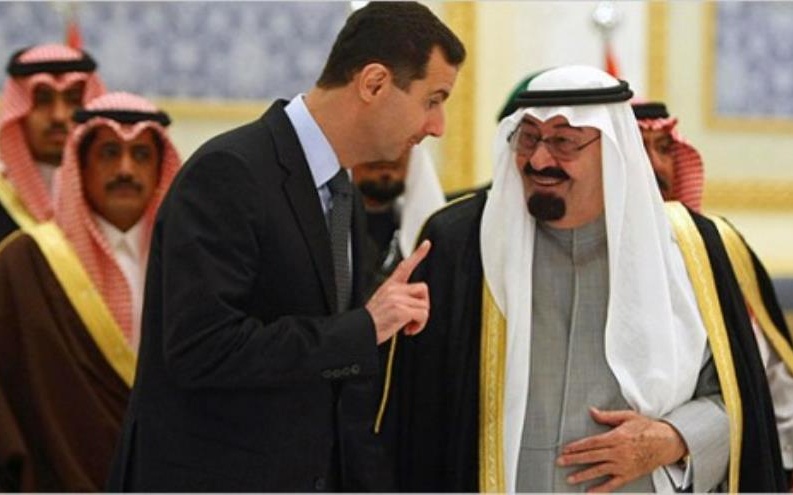 Gen. Khalid Humaidan, the head of the Saudi General Intelligence Directorate, was received on Monday by the regime’s Gen. Ali Mamlouk, who oversees State Security.

The meeting was first reported by the Arab-world newspaper Rai al-Youm.

Officials in Riyadh said normalization of relations could begin soon after the end of Ramadan and the Eid al-Fitr festival next week.

Saudi Arabia supported anti-Assad factions following the uprising against the regime in March 2011.

But the Kingdom has opened discussions with Iran, which has worked with Russia to prevent Bashar al-Assad falling from power. Saudi and Iranian official reportedly met in Iraq’s capital Baghdad in mid-April.

With Syria in a de facto partition — the Assad regime, enabled by Iran and Russia, holding much of the country; anti-Assad groups, backed by Turkey, in the northwest; and Kurdish groups, supported by the US, in the northeast — the intelligence services of Assad’s foes have begun maneuvers with Damascus.

In January 2020, Turkish intelligence chief Hakan Fidan met Mamlouk in Damascus, as a Russian-regime offensive tried to overrun the opposition in northwest Syria.

But the Saudi-regime meeting appears to be part of a developing conversation over wider relations, as opposed to consideration of a specific matter.

“It’s been planned for a while, but nothing has moved,” said a Saudi official. “Events have shifted regionally and that provided the opening.”

Many countries broke diplomatic links with the Assad regime over the deadly repression of the uprising.