Iran and Saudi Officials in Talks in Iraq 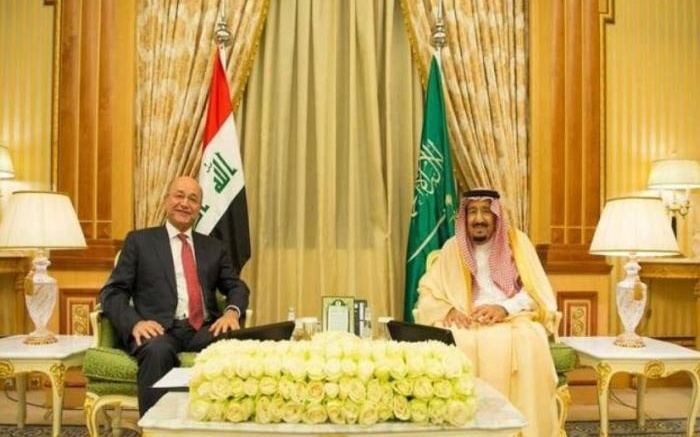 Senior officials of Iran and Saudi Arabia, who have been in conflict throughout the region, have held talks in Iraq’s capital Baghdad.

People briefed on the discussions said the “positive” encounter was on April 9. One official said the Saudi delegation was led by head of intelligence Khalid bin Ali al-Humaidan.

Topics included attacks on Saudi Arabia by Yemen’s Iran-backed insurgency Ansar Allah (Houthis). The sources said a second round of talks has been scheduled.

Neither Iran nor Saudi Arabia has officially commented on the report. A “senior Saudi official” rejected it, and Lebanon’s pro-Iran outlets Al Mayadeen and Unews both cited the denial of an Iranian source.

But Iraq’s Prime Minister Mustafa al-Kadhimi has been in Tehran and Riyadh recently, with sources saying that he was brokering the process for discussions. One explained, “It’s moving faster because the US talks [over the 2015 Iran nuclear deal] are moving faster and [because of] the Houthi attacks.”

An Iraqi official said Baghdad is also arranging “communication channels” for Iran with Egypt and Jordan.

The Prime Minister is very keen to personally play a role in turning Iraq into a bridge between these antagonistic powers in the region. It’s in Iraq’s interest that it can play this role. The more confrontation you have in the region, the more they play out here.

Diplomatic relations between Saudi Arabia and Iran were broken in January 2016 after the Saudi execution of leading Shi’a cleric Sheikh Nimr al-Nimr and a crowd in Tehran attacked and burnt the Saudi Embassy.

See also Who is Winning the “Great Balancing Game” Between Pakistan, India, Saudi Arabia, and Iran?