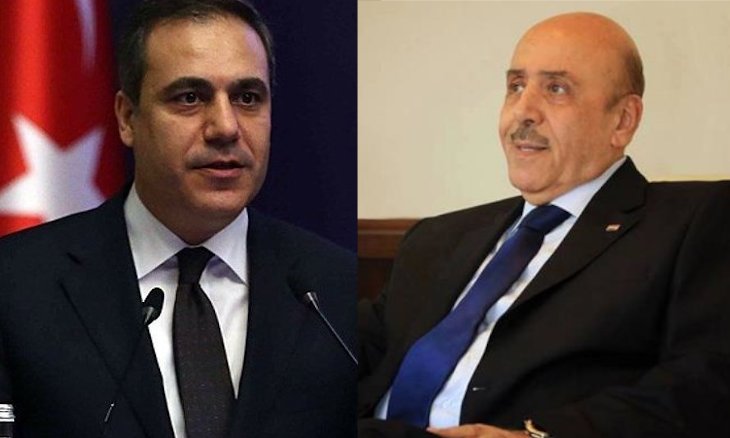 The heads of intelligence of Turkey and the Assad regime met in Moscow on Monday, their first official contact in years.

Russia has been trying to broker a political and military arrangement between Turkey, which has been aligned with anti-Assad groups through Syria’s 106-month conflict and the regime. Ankara controls part of northern Syria, but a Russia-regime offensive is trying to overrun the greater Idlib area in the northwest, the last major opposition territory in the country.

The meeting came a day after a Russian-Turkish ceasefire was declared in Idlib Province. Residents and the White Helmets civil defense said Moscow’s bombing ceased on Sunday, but regime shelling continued.

The White Helmets said six areas were struck with 91 artillery shells and 20 rockets. One man was killed and three people wounded.

The Turkish Government showed its displeasure through the outlet Daily Sabah, which headlined “Idlib on Verge of Humanitarian Catastrophe as Regime Fails to Comply with Ceasefire”.

The article said the regime’s shelling, as well as attacks on Saturday that killed at least 21 civilians, “raised doubts over [the ceasefire’s] longevity”.

EXCLUSIVE: A ceasefire is supposed to be in place in Syria’s Idlib but the TRT World team came under fire from regime forces. Our correspondent Yasin Eken has this report pic.twitter.com/4A38rqDFMw

The head of Turkey’s National Intelligence Organization (MIT), Hakan Fidan, and the regime head of State security, Ali Mamlouk, discussed “the possibility of working together against YPG“, the Kurdish militia that controls much of northeast Syria.

Ankara considers the YPG as part of the Turkish Kurdish insurgency PKK. But the militia is the leading faction in the US-supported Syrian Democratic Forces, created in October 2015 to push out the Islamic State.

In October, Turkey — working with anti-Assad forces — launched a cross-border offensive across two Kurdish cantons in the northeast. The offensive seized a strip of territory along the Syrian-Turkish border before Russian President Recep Tayyip Erdoğan and Russian counterpart Vladimir Putin declared joint mlitary oversight of the area on October 22.

Erdoğan is hoping to control a zone 480 km (270 miles) long and 30 km deep, extending east of the Euphrates River to Iraq. He says he will resettle in the area 1 million of the 3.6 million Syrian refugees in Turkey.

However, the Assad regime has insisted that it will “regain every inch” of the country. So far, intermittent talks with Kurdish groups have made no progress as the regime refuses to countenance Kurdish autonomy.

The Syrian State news agency SANA said Mamlouk called on Turkey to fully accept the “sovereignty” of Syria and its “territorial integrity”, with the immediate and full withdrawal of Turkish and anti-Assad forces.