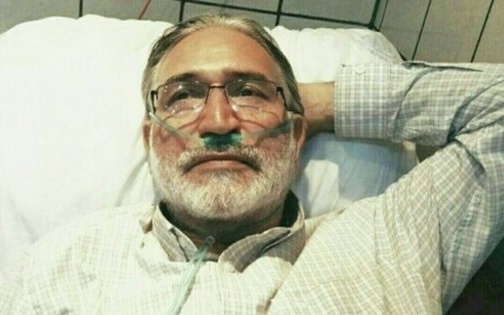 The experts, who included UN Special Rapporteurs on human rights, said in a joint statement on Tuesday:

We are seriously concerned at the mistreatment of Mohammad Nourizad and his continued imprisonment for expressing his opinion.

It is clear that Mohammad Nourizad is not in a medical state to remain in prison.

They added that the detention and denial of adequate medical care “may amount to torture”.

Nourizad, 68, was sentenced in April 2010, amid mass protests over the disputed 2009 Presidential election to 3 1/2 years in prison. The term was confirmed in June 2012, and he served almost six months.

The filmmaker was arrested again in August 2019, after he attended a protest in Iran’s second city Mashhad during the trial of a political dissident. He was condemned last August to eight months in prison, 74 lashes, and a one-year internal exile.

The experts noted that Nourizad has gone on hunger strikes, and has reportedly attempted suicide and begun to self-harm. He is suffering from a heart condition and diabetes, and was transferred to a Tehran hospital on April 14 after fainting.

“The Iranian authorities must release him immediately in line with these medical opinions and give him free access to the required medical care and treatment,” the experts said.

Amnesty International warned last week that Iranian officials were “cruelly toying with the life” of the filmmaker.