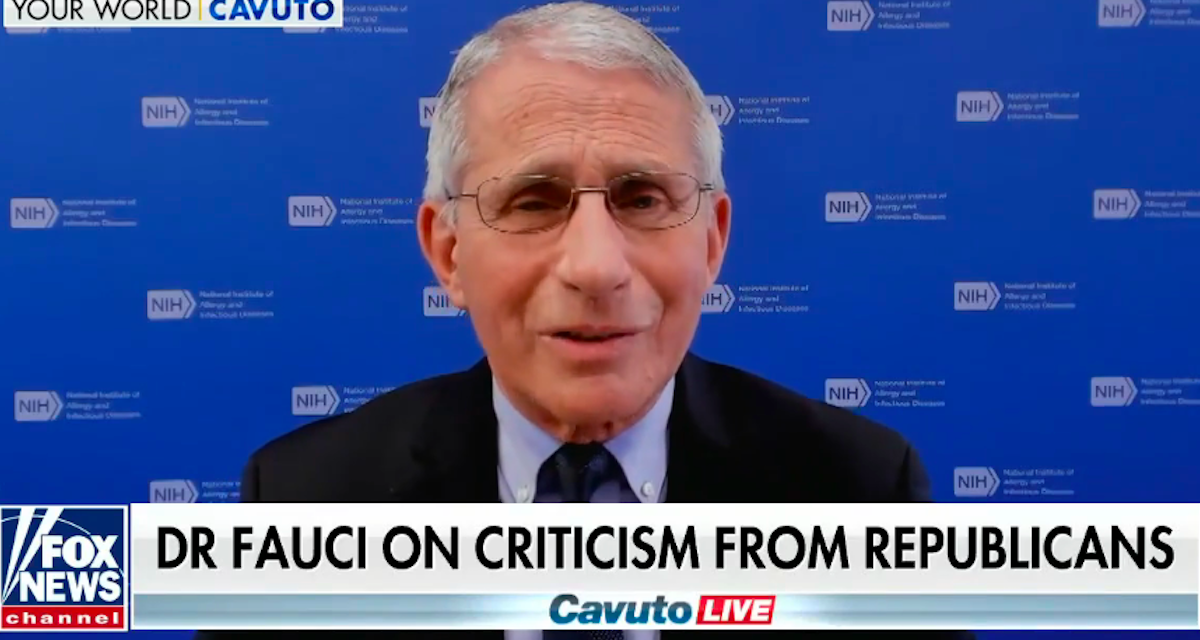 Fauci spoke out on Sunday after he was assailed by former Trump Administration official Peter Navarro, who labelled him “the father of the actual virus”, and Sen. Lindsey Graham and other Republicans — trying to stigmatize migrants — said he must travel to the US-Mexico border.

The doctor countered with an appearance on the right-wing Fox TV, “I’ve been a symbol to them of what they don’t like about anything that has to do with things that are contrary to them, anything outside of their own realm.”

Graham claimed with no evidence on Friday that a surge in migration since January on the southern US border since January was “the biggest super-spreader event in the nation”. Mark Meadows, Trump’s former Chief of Staff, said Fauci was silent about the conditions.

The Administration has emphasized that the migrants are tested for Coronavirus on arrival in the US.

It’s a little bit bizarre, I would say. I mean…Lindsey Graham, who I like, he’s…you know, he’s a good person, I’ve dealt with him very, very well over the years, you know, equating me with things that have to do at the border? I mean, I have nothing to do with the border.

Having me down at the border, that’s really not what I do.

Daily cases have fallen almost 88% from a high of 300,669 on January 8. The weekly average of deaths has fallen 75% since the Biden Administration took office on January 20, with only 277 fatalities reported on Monday.

The Administration has already exceeded its goal of 100 million vaccinations in its first 100 days, with President Joe Biden revising the target to 200 million and all Americans with access to inoculation by May 1.

Last week a new record of about 4 million daily vaccinations was set.

Fauci on Insults: “Isn’t That A Little Weird?”

But Navarro, an economic advisor to Trump who has no medical qualifications, ranted last Wednesday:

Fauci is a sociopath and a liar. He had nothing to do with the vaccine. The father of the vaccine is Donald J Trump.

Fauci responded, “How bizarre is that? Think about it for a second. Isn’t that a little weird? I mean, come on.”

Navarro repeatedly insulted Fauci last year as “wrong about everything”, while Trump sidelined the expert in favor of Dr. Scott Atlas, a neuroradiologist who promoted the deadly approach of “herd immunity”.

In an interview broadcast last week, Dr. Deborah Birx, the White House Coronavirus Task Force Coordinator last year, said Trump and his advisors had cost hundreds of thousands of lives with their disfunctional response to the pandemic.

Fauci shook off the latest denunciations from the Trumpists and Republicans: “I am so busy trying to do some important things to preserve the health and the safety of the American people that I can’t be bothered with getting distracted with these people that are doing these ad hominems.”

He focused on the hope of suppressing the pandemic:

If we get a major surge…it is conceivable that we may have to wear masks in 2022. But if we continue to get people vaccinated…and the level of infection goes way down, we very likely may not have to.

Fauci then pushed back on derision from Sen. Marco Rubio, “His job is not to mislead or scare us.”

The doctor summarized, “We make recommendations based on scientific evidence and data, because you want to give the American people information to make choices.”