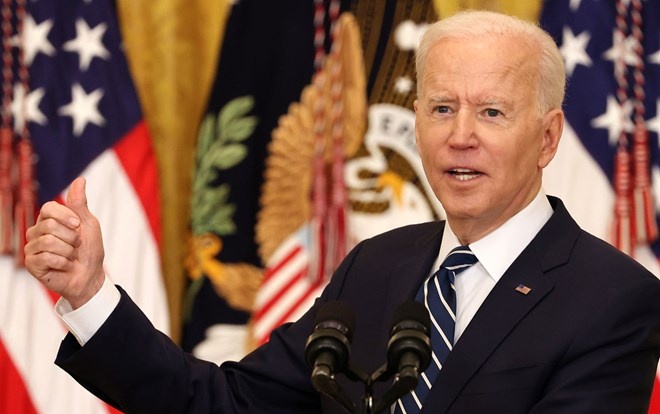 I joined Monocle 24’s Emma Nelson on Friday to in a 12-minute discussion of President Joe Biden’s first press conference.

We discuss issues that came up, such as Administration’s handling of immigration after the four years of Trump chaos undermining the system.

We look at Biden’s comments on voting rights, hours before the Georgia State legislature passed a bill restricting them.

And we mention the issue that did not come up — Coronavirus — despite Biden raising his pledge to 200 million vaccination doses administered in 100 days.

Most importantly, he exuded what is the marker that he has set for himself and the Administration: competence and responsibility after a chaotic four years under his predecessor.

We also discuss Biden’s virtual meeting with European Union leaders and ask what needs to be done for a better US-European relationship, not only after Trump but after damage going back to the 2003 Iraq War. And there are concluding thoughts on “vaccine diplomacy”, amid the UK-EU dispute over distribution.