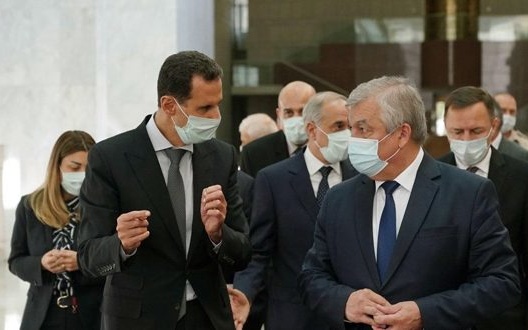 Russia has proclaimed, through a meeting with Syria’s leader Bashar al-Assad, that it wants to host an international conference on Syrian refugees.

Russia has proclaimed, through a meeting with Syria’s leader Bashar al-Assad, that it wants to host an international conference on Syrian refugees — many of whom have been displaced by Russian as well as regime attacks during the 115-month conflict.

The Russian delegation, led by President Vladimir Putin’s special envoy Alexander Lavrentiev, proposed November 11-12 for the conference in Damascus. It offered no details of how it would arrange for the attendance of Turkey, the largest host of Syrian refugees, or other countries.

Instead, Syrian State news agency SANA declared that the conference will “alleviate the suffering of Syrian refugees and allowing them to return to their homeland and their normal life”.

And it tried to set up the blame of Assad’s opponents if and when the conference does not occur: “The talks dealt with the challenges facing the conference, especially the attempts of some countries tprevent its convening, thwart it, or to exert pressure on countries willing to participate.”

The US Deputy Ambassador to the United Nations, Richard Mills, said the conference is not being organized in coordination with the UN or the countries hosting Syrian refugees.

There are more than 5.6 million refugees — the large majority living in the neighboring countries of Turkey, Jordan, Lebanon, and Iraq — and another 6.6 million displaced inside the country. The total who have lost their home is almost half of Syria’s pre-conflict population of about 22 million.

Earlier this year, Russia ensured the cut-off of UN aid to displaced civilians in Kurdish-controlled and opposition areas of Syria, casting its Security Council veto to close border crossings from Turkey and Iraq.

Russia’s UN Ambassador Vassily Nebenzia maintained that “the forum will provide a platform for substantive dialogue with all stakeholders on all issues related to providing assistance to Syrians returning to their homes”.

But he then put his emphasis on assailing other countries as Moscow maintains its essential support of the Assad regime:

Unfortunately, we are forced to say that due to the anti-Syrian bias a number of colleagues had immediately started to discredit this humanitarian initiative.

We are receiving clear signals about the refusal of a number of Western states to even discuss this topic.

Since early 2018, Russia has tried to convene a conference of representatives of the regime, some opposition factions, and civil society for a new Constitution. There have been initial meetings, but the regime has blocked any advance with the insistence that the topics of “sovereignty” and “anti-terrorism” are paramount.