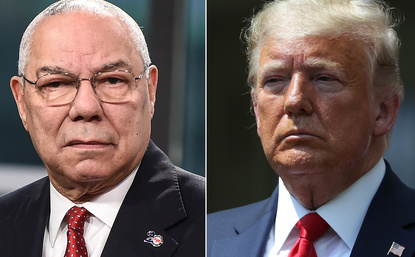 Former Secretary of State Colin Powell: Donald Trump has “drifted away from the Constitution”

I spoke with Turkey’s TRT World on Thursday about leading Republicans who have refused to support Donald Trump or even endorsed Democratic nominee Joe Biden for the November 3 Presidential election.

What is the significance of these defections, both for the election and afterwards in America’s political and social turmoil?

Donald Trump is not really the Republican Party. He has always been the Trump and Friends Party. The question is how many Republicans will go along with this.