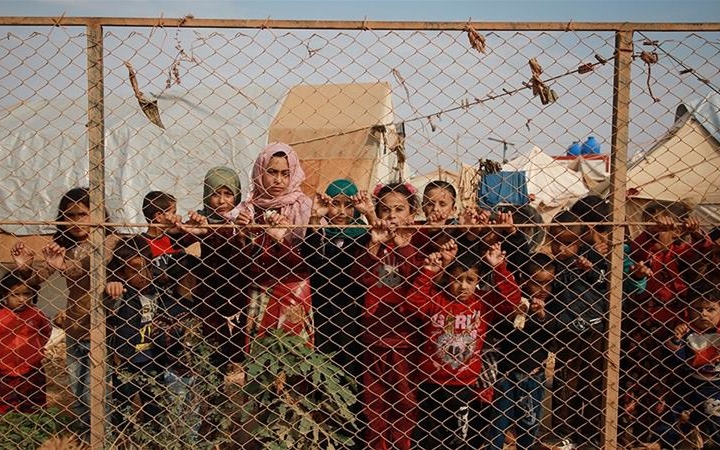 The UN Security Council finally passed a resolution to keep open one crossing into opposition-held northwest Syria, after Russia insists on the reduction of aid to millions of civilians.

The Council passed a German-Belgian proposal maintaining the Bab al-Hawa crossing point from Turkey until July 10, 2021. It was supported by 12 members, with Russia, China, and the Dominican Republic abstaining.

Moscow and Beijing used their vetoes to block the maintenance of two Turkish crossings, and to prevent the reopening of the only Iraqi crossing into Kurdish-held northeast Syria.

The mandate for the two remaining crossings into northwest Syria expired on Friday.

Humanitarian agencies responded with concern and frustration over the developments.

Mercy Corps wrote on Saturday, “Many will now not receive the help they need. Lives will be lost. Suffering will intensify.”

David Miliband, the President of the International Rescue Committee, assesse:

Blocking access to food, medicine and ventilators defies all logic in the face of a pandemic that shows no sign of abating globally. The Council should urgently revisit the decision made today and restore previous levels of access to both the Northeast and Northwest – lest even more innocent Syrian lives are lost.

For the second time in four days, Russia has used its UN Security Council veto to cut off aid to millions of Syrians.

Joined by China, Moscow blocked a last-chance resolution to keep open some crossing points from Turkey into opposition-held northwest Syria, where more than 3 million civilians live.

The mandate for the last two crossings expired on Friday. The border points served about 2.8 million Syrians, most of them children.

The German-Belgian resolution for a six-month extension was supported by the Council’s other 13 members.

In December, Russia used its veto to shut two of four Turkish crossings and to close the last crossing from Iraq into Kurdish-held northeast Syria.

.@hrw: #Russia & #China again cynically vetoed renewal of #Syria UN cross-border aid mandate, this time hours it before expires. They politicize humanitarian aid like they accuse others of doing elsewhere. Mlns of Syrians rely on aid. This cld be virtual death sentence for many. pic.twitter.com/4gH1MPXQ6S

Oxfam warned of “a devastating blow to the millions of Syrian families who rely on this aid for clean water, food, health care and shelter”.

And David Miliband of the International Rescue Committee noted that it “defies logic or humanity to dismantle a system designed to bring life-saving aid to Syrians in the form of food, health supplies, vaccines, and now critical COVID-19 provisions”.

ORIGINAL ENTRY, JULY 8: Russia has again used its UN Security Council veto to cut off aid to both opposition and Kurdish-controlled areas of Syria.

Joined by China, Moscow blocked a one-year extension of two crossings from Turkey into opposition-held northwest Syria, and a six-month reopening of the al-Yarubiyah crossing from Iraq into the Kurdish-held northeast.

The other 13 Security Council members supported the German-Belgian resolution, which cited the compounded threat for millions of Syrians from Coronavirus: “[This is] a profound challenge to Syria´s health system, socioeconomic and humanitarian situations [which] heightens the imperative of using every possible means of reaching people in need.”

About 2.8 million people, more than half of them children, are dependent on aid through the Turkish crossings. Around 9.3 million people inside Syria are “food insecure”, and more than 1 million “severely food insecure”. About 500,000 children are stunted from malnutrition.

Medical aid into northeast Syria has been reduced by more than 40%, increasing the region’s exposure to Coronavirus.

Last month Germany and Belgium proposed reopening the Iraq crossing for six months to help Syria combat the coronavirus, but it was cut from the draft resolution that was put to a vote on Tuesday, again due to opposition by Russia and China.

Syrian government authorities have confirmed more than 250 cases of the coronavirus, including nine deaths, the United Nations has said.

The UN Secretary-General’s spokesman Stephane Dujarric said earlier on Tuesday that cross-border access is “vital to the well-being of the civilians in northwest Syria … Lives depend on it.”

But Russia has been gradually cutting off any assistance. In December, Moscow used its veto to force the closure of all crossings from Iraq and Jordan, and to reduce the number from Turkey from four to two.

Moscow will now present a resolution allowing only one Turkish crossing for six months.

The veto was Russia’s 15th during the 112-month Syrian conflict. Moscow has blocked efforts for ceasefires and condemnation of the Assad regime’s bombing of civilian sites, including with chemical weapons.