TrumpWatch, Day 1,379: Trump Jr. “Deaths from Coronavirus Almost Nothing” as 987 Die on Thursday 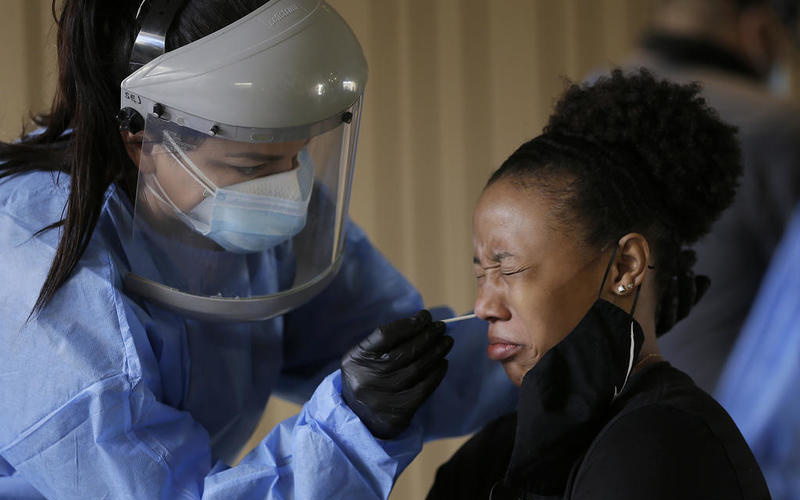 Donald Trump Jr. declares that deaths from Coronavirus are down to “almost nothing”. Donald Trump Sr. says, “You’re going to get better.”

Meanwhile, the deaths of 987 Americans from the virus were reported on Thursday. And the US set a daily record with 89,102 cases, with 24 states establishing weekly records.

The Trump camp continued its denials through Trump Jr., who appeared with the pro-Trump polemicist Laura Ingraham on Fox TV. He criticized those who have noted the severity of the pandemic and warned that it could escalate through the winter: “These people are truly morons.”

He falsely claimed that there is no coverage of deaths, as opposed to cases: “Why? Because they’re almost nothing. We’ve got control of this thing.”

Jr. claims Coronavirus death numbers are down to “almost nothing” pic.twitter.com/NGMDLYkdsD

On Twitter and at his rally in Arizona on Wednesday, Trump Sr. repeated his complaint that there is any coverage of the crisis: “Covid, Covid, Covid is the unified chant of the Fake News Lamestream Media.”

Defying the Government’s top experts such as Dr. Anthony Fauci, he mocked state requirements for the wearing of masks to contain the virus.

You cannot, under any circumstances, take it off. You have to eat through the mask. It’s a very complex mechanism. And they don’t realize, those germs, they go through it like nothing. They look at you with that contraption and they say, “That’s an easy one.”

Yeesterday in Florida, with the third-highest total of cases and fourth-highest of deaths in the US, Trump said containment measures were hoaxes designed to undermine him politically: “On November 4th, the day after the election, they’re going to open it up.”

"You know the bottom line, though? You're gonna get better" — Trump's closing message is submission to the coronavirus pic.twitter.com/L1FS06SJMV

“Heart and Soul of US at Stake”

At his two rallies in Florida on Thursday, Democratic nominee Joe Biden summarized: “This election is the most important one you’ve ever voted in. The heart and soul of this country’s at stake right here.”

Biden re-emphasized the need for leadership and responsiblity, respecting and working with medical and public health experts, to meet the challenge of the pandemic.

The audience at the drive-in rally in Broward County responded with honks from car horns.

In contrast to the distanced crowd at Biden’s event, those at Trump’s Tampa appearance were packed closely together.

That line was met with “applause” (in the form of car honks) from the crowd in Coconut Creek.

The striking difference between Trump’s rally – a large outdoor event with no social distancing – and Biden’s rally – a drive-in event where supporters were urged to stay near their cars – was quite striking.