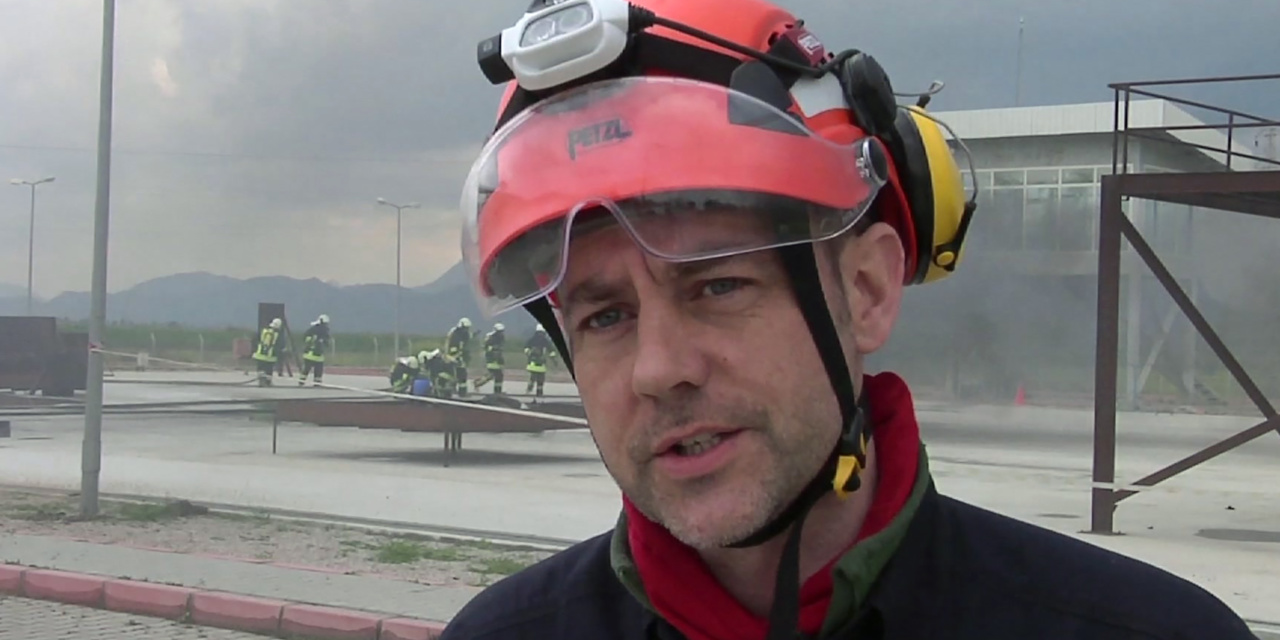 From late 2013 James Le Mesurier, a former British military officer and consultant for projects in communities affected by conflict, coordinated teams of volunteers in opposition-held northwest Syria. As civilians were being bombed and killed, the volunteers retrieved bodies, tried to rescue those who survived, and set up a system to warn of airstrikes.

By 2014, with Le Mesurier establishing Mayday Rescue to channel funding, the volunteers had become the White Helmets civil defense organization.

For the Assad regime, trying to break the will as well as the bodies of those in opposition territory, this was unacceptable. So they launched wave after wave of disinformation at Le Mesurier and the White Helmets, hoping to stigmatize rescuers as “terrorists”, “Al Qa’eda”, and puppets of the US, UK, and other foreign actors.

When Russia intervened in September 2015 to save the regime, killing tens of thousands of civilians and displacing millions with its sieges, bombing, and advisors on the ground, Moscow escalated the disinformation. So did social media warriors, from conspiracy theorists to UK academics — all courted and promoted by Russia.

On November 31, 2019, James Le Mesurier fell to his death from the balcony of his apartment in Istanbul, Turkey.

Martin Chulov of The Guardian, in a long-read article, tells Le Mesurier’s story. It is a narrative of how a
man’s objective — to work with Syrians to save lives amid the mass killing — was overwhelmed by the complexity of the conflict, of the arrangements trying to maintain the efforts, and of the disinformation warriors baying for his destruction.

This is an extract:

In the years before Le Mesurier’s death, he and the White Helmets had become the focus of an online disinformation campaign led by Russian and Syrian officials and peddled by pro-Assad bloggers, alt-right media figures and self-described anti-imperialists. As their work in Syria expanded, the group became one of the most scrutinised and vilified organisations in the world.

The motivation was not hard to grasp. Here was a group that worked solely in areas of Syria controlled by the anti-government opposition, helping to save the victims of attacks carried out by Assad’s backers. At the same time, footage of rescue missions undermined the regime’s narrative and humanised its victims. These provocations were seen as intolerable.

From September 2015, when Russia entered the war to save Assad from defeat, bombing raids on civilian areas reached unprecedented levels. Vivid scenes of men, women and children suffering terrible injuries gave the lie to Russian and Syrian claims that their campaign to recapture Idlib province and the suburbs of Damascus only targeted Islamist terrorists and their sympathisers. Instead, as the videos showed, they were bombing civilian areas indiscriminately.

The disinformation campaign quickly grew, its aim to sow doubt about the White Helmets and the footage they collected. As the war progressed, north-western Syria became a magnet for extremists bent on using the chaos to launch a global jihad. Propagandists exploited the confusion on the ground. Soon, claims appeared online that the White Helmets had been infiltrated by al-Qaeda, which had supposedly seized on the group as a way to obtain foreign funds. There were also accusations that the group had been created by governments determined to remove Assad from power, and that the White Helmets volunteers were “crisis actors” staging scenes to discredit Russia and Syria.

Useful idiots promoting such conspiracy theories on YouTube, Twitter and their own fringe websites were given profile and flattering coverage by Russian and Syrian media outlets. Le Mesurier was himself the subject of near-daily state-sponsored attacks on Russian television and social media, calling him a terrorist, spy, paedophile and organ trafficker, among other scripted slurs. He was called an agent of western intelligence, using a rescue organisation as a Trojan horse for regime change. The smears even got an airing at the UN security council, via a panel put together by Moscow.

The aim was to flood the media ecosystem with falsehoods that would erode trust among supporters, especially donor governments. And it did indeed take a toll, both on the White Helmets’ reputation and on the morale of its volunteers and supporters. In September 2018, when I first met Le Mesurier, he talked about the growing burden and stress of the disinformation campaign. From then on, I followed his story closely.

In the last few years, the geopolitics of the Syrian conflict and the nature of the war itself grew more challenging than ever. North-western Syria had become the most densely populated corner of the country, as displaced populations from all regions sought refuge there among local communities. Some hardline Islamist groups had found their way to the area and based themselves there. The question of who controlled Idlib – the region where the White Helmets were most prevalent – had become increasingly fraught for governments, who demanded clarity on where their aid dollars were going.

“The situation on the ground had become increasingly complex,” said Ethan Wilson, Mayday Rescue’s former programme director. “From 2017-19, the [growing global] aversion to Syria, Russian disinformation and increasing western paranoid isolationist far-right politics were all contributing factors that led to much higher scrutiny than was the case in 2015-16.”

Throughout 2019, Mayday would come under increasing pressure. Diplomats dealing with the organisation faced more and more questions from politicians about how and where its money was being spent. Every penny of donor funding needed to be accounted for, and there were concerns that Mayday did not have adequate systems and structures to keep tabs on its many funding streams and accounts. An audit was requested by the British Government’s then aid arm, the Department for International Development (DfID) in late 2018, and delivered in June 2019.

In the last week of Le Mesurier’s life, the years of stress came to a head. On 7 November, four days before he died, he sat with a new team of auditors for a fateful meeting. He walked away fearing that somehow he had lost control of Mayday Rescue. In his mind, all that he had worked for was about to be suddenly and shockingly challenged in unfathomable ways. Worse still, the reputation of his foundation, and the White Helmets, appeared to be at stake. He feared that history might judge him as the man who destroyed their legacy and jeopardised aid for embattled Syrians. By the time Le Mesurier fell to his death, in what friends, family and the Turkish police believe was a suicide, the pressure had become unendurable.