America Unfiltered Podcast: The One Where Trump Didn’t Let Coronavirus “Dominate” Him 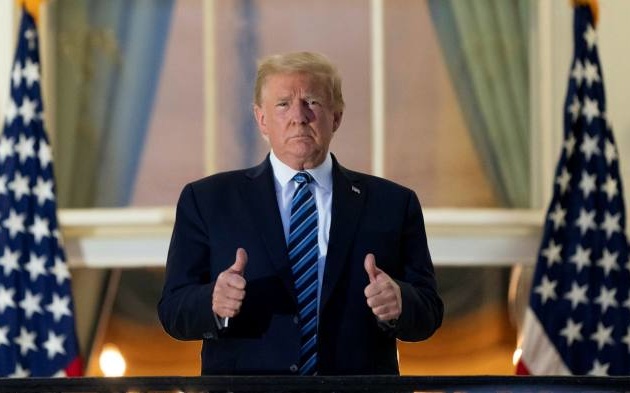 As Donald Trump was hospitalized with Coronavirus in the midst of an election campaign, the US public struggled with the mixed messages from the White House.

Trump boasted that he had beaten the virus — “I am a perfect physical specimen” — as he demanded his discharge from Walter Reed Military Hospital. He struck a Mussolini-like pose on the White House balcony and told Americans, including the relatives of more than 213,000 killed by the pandemic, “Don’t be afraid.”

But medical experts warned that Trump is still ill, on steroids that may cause mania and even psychosis. More than two dozen Administration and Republican figures have tested positive after a “super-spreader” event at the White House on September 26. And the second Presidential debate between Trump and Democratic nominee Joe Biden has been cancelled.

To dissect the situation, the spin, and the likely developments, America Unfiltered’s Liam Kennedy and Scott Lucas chat with Brett Bruen, a senior advisor in the Obama Administration and now President of the Global Situation Room.