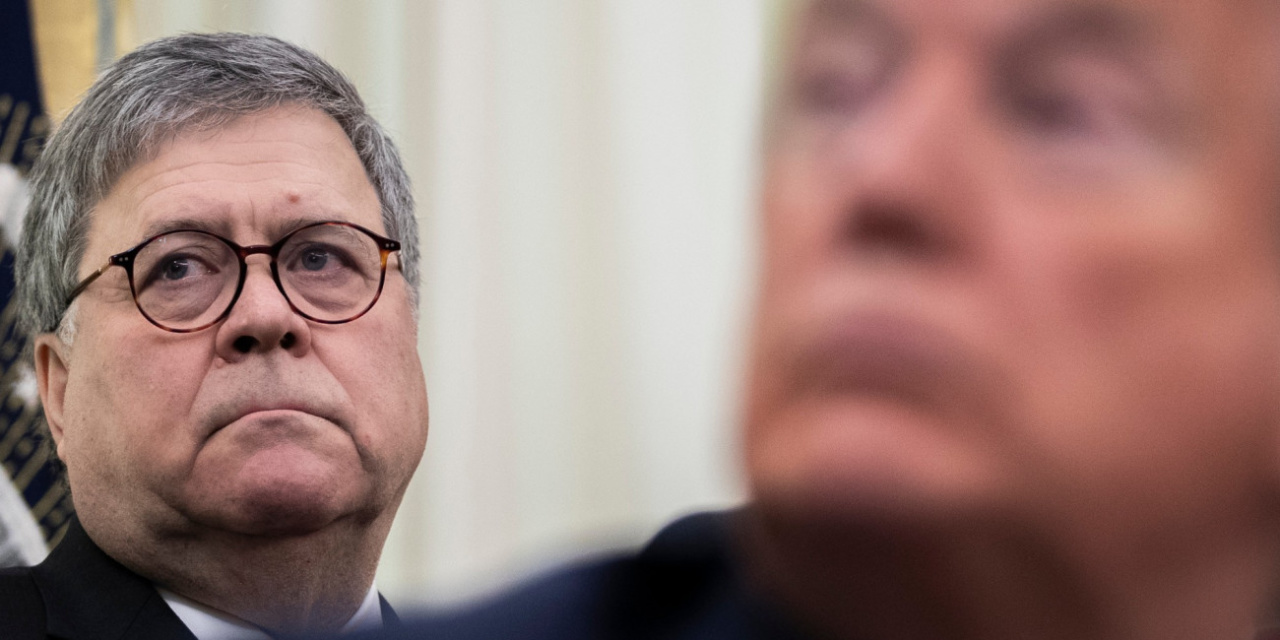 Trump has hoped for a statement by US Attorney John Durham, appointed by Barr to set out “spying” by Biden, President Barack Obama, and the FBI on Trump’s 2016 campaign.

Unless Bill Barr indicts these people for crimes, the greatest political crime in the history of our country, then we’re going to get little satisfaction unless I win and we’ll just have to go, because I won’t forget it….

These people should be indicted.

But Barr is telling top Republicans that the Durham Report will not be released before the election on November 3, according to a “senior White House official and a congressional aide briefed on the conversations”.

A GOP Congressional aide said, “This is the nightmare scenario. Essentially, the year and a half of arguably the number one issue for the Republican base is virtually meaningless if this doesn’t happen before the election.”

Senate Republicans pursuing similar attacks on Democrats have been told within the past week that the report will not appear. Barr is saying that Durham is working in a deliberate and calculated fashion, and patience is required.

It’s why Trump and his allies on Capitol Hill and within the administration are stepping up their releases of declassified documents and amplifying them with such intensity. Many of them wanted Durham to produce something before the election.

An administration official said Trump saw a Sunday interview of Rep. Devin Nunes, his long-time operative to bury the Trump-Russia investigation and its findings, with Fox TV’s Maria Bartiromo — the anchorwoman whom Trump cold-called on Friday morning to demand the indictments.

Trump, still in Walter Reed Military Hospital, was furious as Nunes demanded the report but indicated it might not be appearing.

He’s got all the information he needs. They want to get more, more, more. They keep getting more. I said, “You don’t need any more.”

Durham’s inquiries have yielded only one minor case: a former FBI lawyer who pleaded guilty to altering an e-mail, one of the many documents used to obtain a surveillance warrant on Trump campaign adviser Carter Page.

Page was suspected by the FBI since 2013 of being vulnerable to Russian efforts to groom him as an agent. The agency obtained the warrant from the Government’s FISA Court after Page’s trip to Moscow in July 2016.

A “senior White House official” tried to maintain pressure on the Attorney General, “Bill Barr should follow the instructions of the president to declassify and release all the documents the FBI are sitting on. There’s no good reason for him to withhold this information.”

Secretary of State Mike Pompeo offered Trump the consolation of an interview demanding release of e-mails connected with the Presidential campaign of Hillary Clinton in 2016 — four years after WikiLeaks, working both with Russian hackers and with Trump’s campaign, published stolen e-mails to damage Clinton’s effort in the last weeks before Trump’s Electoral College victory.

Earlier this week, Director of National Intelligence John Ratcliffe, another Trump political operative, approved the release of a large binder full of documents to the Justice Department to spur the Durham probe.